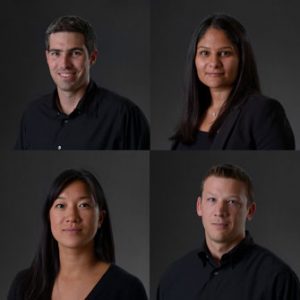 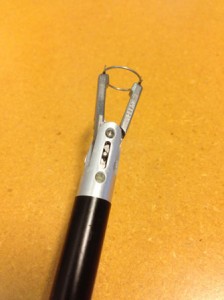 The MITS team is creating a non-surgical solution for the treatment of benign prostatic hyperplasia or BPH. The device consists of a set of indwelling urethral expanders that allow the circumferential “propping open” of the prostatic urethra to allow for urination and relief of BPH symptoms.

Benign prostatic hyperplasia (BPH), also known as prostate enlargement, is the most common cause of obstructive urinary symptoms and progresses with age. Forty percent of men over 50 and 90% of men over 80 experience symptoms of BPH. Symptoms include urinary hesitancy, urgency, straining, weak flow, dripping, incomplete emptying, dysuria, nocturia, frequent urination, and incontinence, all of which are extremely distressing for patients and significantly impact their quality of life. Gold standard treatments for BPH are surgical in nature and involve removing all or part of the prostate gland. Less invasive methods, such as prostatic stents (e.g., UroLume) or energy therapy (e.g., TUNA) have been developed; however, stents often become encrusted or calcified when exposed to the urine stream, while energy therapies can cause irritating symptoms. Both methods cause discomfort and inflammation, and results have not been shown to be durable.

Our invention is a set of indwelling urethral expanders which allow the circumferential propping open of the prostatic urethra in order to enable a patient to urinate, thereby providing relief of urinary symptoms arising from conditions such as BPH. These indwelling expanders span the prostatic urethra and are anchored at their locations to prevent migration. Their circumference may be larger than that of the urethra, and combined with their anchoring systems, the rings are designed to invaginate into the urethral wall. The thinness of the rings would facilitate the enfolding of the urethral wall around the rings so that they stay out of the urine stream, thereby protecting them from calcification or encrustation. Previous studies have demonstrated that the prostate is highly compressible and able to be stented, and our initial prototypes have demonstrated these rings to be successful in in-vitro models.

Team leader Tiffany Chao says, “BPH is a huge market, but many technologies have been developed for this space already. It was a challenge for us to develop our story in a way that would make people excited about a project for BPH. After a lot of work, we were able to leverage the current state of the market and existing technology in order to create an effective story that would demonstrate the potential for our innovative device.”

Accomplishments and progress to date:

The MITS team has a number of prototypes and is finalizing its designs now. The team has already worked in in-vitro and tissue models, and will be getting prototypes into cadaver models this month.

Their tip for other student innovators:

Taking advantage of student status and the connections that are available to students are immeasurably helpful. Once you reach out and make an effort, you might be surprised at how many people working in industry, intellectual property, and venture capital are willing to donate some time to help students!