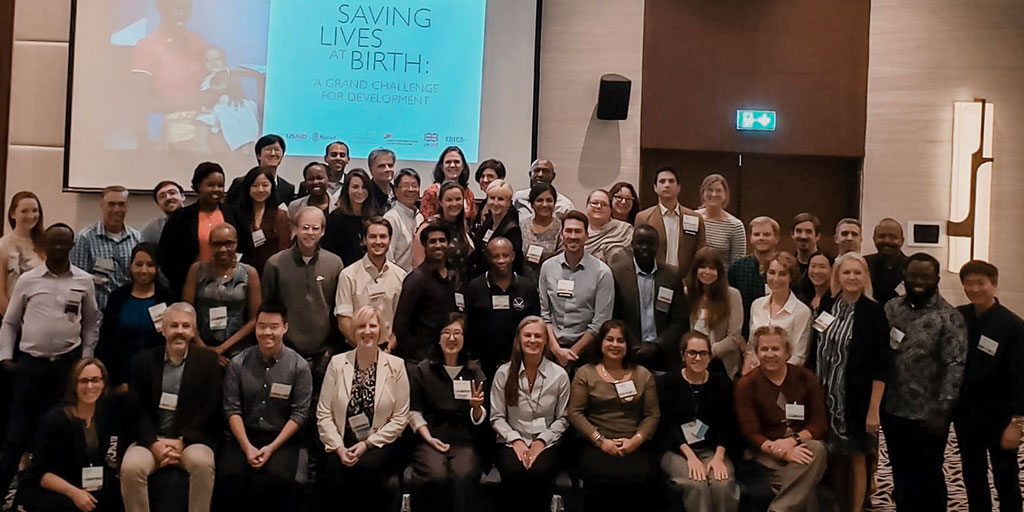 In its work in East Africa over the past 15 years, D-Tree International has brought notable improvements to maternal and child health by tapping the power of ordinary mobile devices—first the Palm Pilot, now the smartphone.  But while CEO Erica Layer points out that her company sees “tremendous potential for digital technology to transform how health systems operate and how healthcare is delivered,” she is quick to add that her company’s success depends just as much on the human relationships and local partnerships they’ve worked so hard to establish.

“We don’t just look at the innovation—say, the app for the health worker,” she explains. “We take into context the entire health system. There’s no way that we could do the work we do without engaging fully and immersing ourselves within the local context.”

As D-Tree continues to navigate the challenges of scaling in low-resource settings, its experience underscores what innovators, innovator-support groups, and funding agencies recognize is central for any venture hoping to make an impact in a similar environment. Developing a great idea is only the beginning of your journey: to get to scale and impact, you need to understand the local context and the intricacies of the business ecosystem. Here are several strategies to understand local context that were introduced during a recent Saving Lives at Birth DevelopmentXChange in Ethiopia.

“I can’t tell you how many times I’ve seen groups come in with a brilliant idea that worked somewhere else, and try to implement it in Tanzania or Malawi or other places, and it simply doesn’t work,” says Layer, whose company is supported in part by the Saving Lives at Birth (SL@B) Grand Challenge program. “You’ve got to understand the users who will actually be using the tool to have any chance of being successful.”

Back in 2004, when D-Tree first proposed using mobile phone apps to guide health workers in client interactions, the field of digital health “was really seen as a crazy idea,” Layer recalls. Founded by pediatrician and Harvard School of Public Health lecturer Marc Mitchell, the Massachusetts-based non-profit knew from the outset that they would need support on the ground working in East Africa. “The local presence was really critical,” says Layer. “So we always have local experts on our team who are guiding the direction of what we’re doing. And as we move into new locations, we engage either with local partners on the ground or hire local staff that are influential in helping us set the direction.” Indeed, some 75 percent of D-Tree’s staff is now based in the countries it serves, she says. D-Tree International chose to work in Tanzania due to Dr. Mitchell’s previous experience there as a physician. He developed deep connections with key stakeholders within the Ministry of Health, which provided an enabling environment to begin testing the potential of technology to improve healthcare delivery.

That’s an approach shared by Meghan Majorowski, senior advisor with the USAID’s Center for Accelerating Innovation and Impact (CII), which funds innovators through SL@B and other programs. Majorowski notes that establishing a presence on the ground allows a venture to better tailor its products and services to meet local needs—and the sooner you do that—in your product development and product introduction process—the better.

“A lot of innovators think that once I have the product technically validated or tested, then I’m going to start thinking about local context,” she says. “Really, as early as you have the design, you need to start to understand the local landscape and potential user.”

To illustrate why, she shares the cautionary tale of a microbicide gel developed to prevent the spread of HIV. “Nobody determined whether women would be interested in inserting a gel, and the trial failed,” she says. “It really does matter how people perceive a product and whether it’s designed in a way that’s appropriate to them.” That kind of misstep can be particularly costly, she adds, for a small-scale innovator who doesn’t have the resources to go back to the drawing board.

If a venture lacks the resources to be physically on the ground in a new country, there are still ways to tap into the local ecosystem, notes Patricia Odero, the Africa regional director for Duke University’s Global Health Innovation Center, who supports D-Tree through the Accelerating Saving Lives at Birth (A-SL@B) program. “Maybe start thinking about partnerships that could give you the ability to be present locally, whether its distribution partners, research partners, or peers who have been there and done that,” she suggests. These kinds of connections can help an innovator better understand the support available in the local ecosystem, the policy environment, and the financial resources, Odero notes. “In addition to giving you market insights, they also give you the ability to be recognized by local decision-makers when the time comes to have those conversations.”

Partnerships have been a central aspect of D-Tree’s implementation strategy, Layer notes. In Zanzibar, for example, the group works not only with the local government but with mobile network operators to keep workers’ phones synchronized, with community taxi associations to help transport pregnant women to childbirth facilities, with village savings groups to help those women get loans to pay for the taxi driver, and so on. “We don’t operate in isolation,” she explains. “By engaging and understanding what structures already exist and then tapping into those structures, not only is it more effective but it has a lot more buy-in from the community, because a variety of groups are now associated with this program rather than just an individual using the innovation.”

D-Tree’s approach to partnerships is particularly instructive, says Mark Marino, VentureWell’s senior program officer and member of the A-SL@B team, not just because it’s so broad, but also because it’s so collaborative. “Partnerships are part of the design,” he explains. “D-Tree co-owns the development of whatever their ideas are with their local community. That model has been successful across the board.”

In short, says Majorowski, global-health innovators entering a low-resource ecosystem are going to need more local partners than they think and should start finding them early. “You are going to need very skilled and adept people on the ground—whether they are global implementing partners or distributors—who have connections with key stakeholders like physicians’ organizations, for instance, so that you can have champions within.” The issues are compounded in the health space, she notes, where innovators on their own can be stymied by the procurement environment and local regulatory requirements. “Although there are moves to try to improve this, for the most part today, you almost have to go country by country and get approval,” she says. “Understanding the requirements, timelines, and the costs associated with that is really challenging.”

develop an adaptive business model for introduction and scaling

Even for established global-health ventures, developing a business model that allows you to transition to scale is particularly difficult in a low-resource environment. “In many low- and middle-income countries, the consumer base may have low purchasing power, regulatory pathways may be immature or unclear, and the public sector may be the major actor in the health sector,” Marino explains. Ventures that choose the non-profit route can grow through grant funding, but that can take time and administrative resources, he says. Choosing a for-profit model gives a venture more flexibility for revenue and sources of capital, he adds, but investor interest can be limited slow-moving markets.

D-Tree, which is supported largely by grants and contracts with NGOs, has “spent a lot of time thinking about this,” Layer acknowledges. The company’s current model is to use grant funding to develop programs which can eventually be transitioned to the government or a local partner, but “we’ve gone through different phases, thinking about how we can develop systems and services that can have a fee structure attached to them,” she says. Even as a grant-dependent non-profit, D-Tree “needed to think about the business model almost from a private sector approach, because the government needs to be able to take this on and run it sustainably.” The group’s participation in past Saving Lives at Birth DevelopmentXChanges and the A-SL@B global health accelerator programs was instrumental in helping shape its thinking, she says.

Odero agrees that a venture with a financially sustainable business model is more attractive to partners, and notes that a number of enterprises are attempting a hybrid approach, blending social impact work with a for-profit model. “But even for a nonprofit, sustainability—or at least cost recovery—is becoming more and more of an issue if you are looking to scale,” she says.

Which is why, from day one, USAID’s CII asks innovators, What is your expected pathway to scale? “Many organizations pivot several times within their lifetime,” she adds, “so it’s certainly not binding. And we have tools that help innovators self-assess what their organization’s strengths and challenges might be, and therefore what pathway to scale might best lend itself.” One transition point innovators need to prepare for, she says, is the gap between when their grant funding ends and when they are achieving sufficient revenue to be attractive to more traditional funders. “There are some nascent efforts to create platforms so that innovators can be supported during that missing middle period. But it’s a hard place to operate right now.”

Fortunately for D-Tree, Layer says, the field of digital health continues to attract interest and support. “We actually see significantly more funding than there was before,” she says. “And the scale is increasing, because now we’re going from pilot projects, where we’re trying to demonstrate the potential of technology, to national scale implementation.”

All of which, in turn, reflects D-Tree’s multi-pronged strategy: be active on the ground in your target country, tap into the local ecosystem through collaborative partnerships, and think strategically about a business model that will allow your venture to scale sustainably.

Accelerating SL@B, a joint program of the Duke Global Health Innovation Center and VentureWell, is funded by the generous support of the Saving Lives at Birth partners: the United States Agency for International Development (USAID), the Government of Norway, the Bill & Melinda Gates Foundation, Grand Challenges Canada, the UK Government, and the Korea International Cooperation Agency (KOICA) under USAID contract number 7200AA18C00016. This publication was reviewed by USAID.