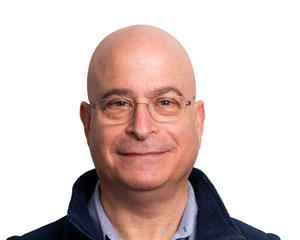 Phil has led VentureWell since its founding in 1996 and today serves as President and CEO. By developing and expanding VentureWell’s programs on a national and global scale, Phil has helped advance VentureWell’s mission to solve global challenges through science- and technology-driven innovation and entrepreneurship. He’s accomplished this goal by designing and overseeing a suite of programs that encourage and support the deeper engagement of higher education and research institutions in curricular innovation, and developing and strengthening innovation communities. Phil is committed to sharing VentureWell’s learnings and resources to support the creation of inclusive and more equitable pathways for student innovators to succeed in venture creation. Under Phil’s leadership, VentureWell has collaborated with key science funding agencies, major philanthropies, and hundreds of universities to train and support thousands of emerging students, researchers and faculty innovators. After celebrating VentureWell’s milestone 25-year anniversary in 2021, Phil remains driven to fortify the broader innovation ecosystem and continue guiding the launch of groundbreaking innovations.

Phil attended the University of Massachusetts where he was a co-founder of a biotechnology company developing naturally occurring pest control products. He is a Founder and Past Chair of the ASEE Entrepreneurship Division, and a recipient of the 2008 Price Foundation Innovative Entrepreneurship Educators Award, the 2014 Engineering Entrepreneurship Pioneers Award from ASEE, and the 2016 Deshpande Symposium Award for Outstanding Contributions to Advancing Innovation and Entrepreneurship in Higher Education.