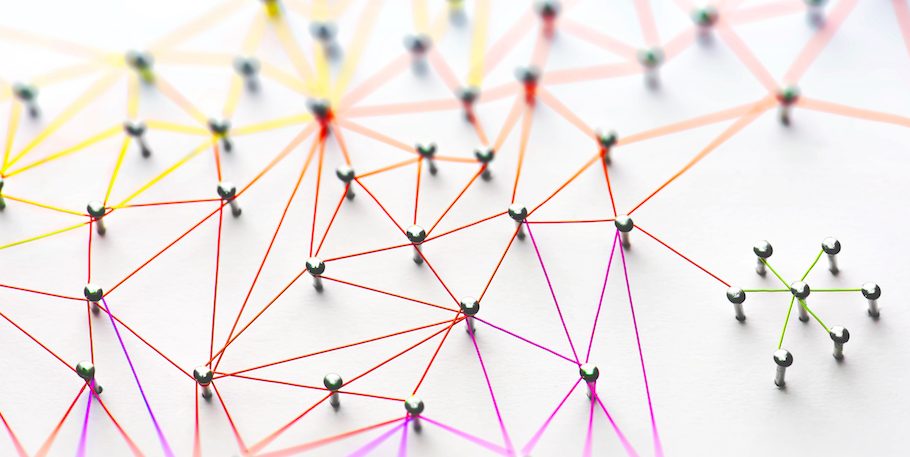 When Tricia Compas-Markman was earning her master’s degree at the California Polytechnic State University and developing the technology for her startup, her thesis advisor gave her key advice: start to build your network now, and always stay in touch with potential influencers.

In 2010, Compas-Markman co-founded DayOne Response, a company that produces a 2.5-gallon personal water purification unit to treat and store drinking water—a particularly useful tool in the wake of natural disasters. The company formed out of an E-Team grant in 2009. VentureWell invested in the company in 2013. Since its founding, the company has provided over 30 million liters of clean drinking water in over 25 countries, and recently sent 3,500 DayOne Waterbags™ to Houston following Hurricane Harvey.

Compas-Markman says the network she created at university and after she graduated has been instrumental in her company’s success. “The power of the network is real,” she says of the team that’s advised her on everything from finding a co-founder with marketing experience to developing a relationship with Procter & Gamble. DayOne Response is the exclusive distributor in North America of the P&G Purifier of Water packets, which they use to clean and disinfect the water in their DayOne Waterbags™.

“It really takes partners to get from point A to point B,” Compas-Markman says. “It’s knowing that you don’t have all the answers, and you need to use other partners who are experts in what they do.”

Laura Sampath, Vice President of Programs at VentureWell, says developing a network allows innovators to avoid working in a silo, stay focused on what they do best, and be honest about their shortfalls. She says a network includes trusted advisors with varying skillsets, experiences, and connections who can complement an innovator’s knowledge and help him or her create a viable product.

“In any field, but in particular in science and technology innovation, there is often a fairly narrow skillset that comes with being an engineer or a scientist,” Sampath says. “When [engineers or scientists] try to bring an innovation out of the lab and into the market, they need a well-rounded team to ensure that the essential strategic components they need are covered.”

But how should student innovators build a network? And how to maintain it? Sampath and Compas-Markman offer three tips for developing a strong network ready to champion innovators’ ideas.

1. Start building a network in university

At Cal-Poly, Compas-Markman started cultivating her network while she was a student, stepping out from her own engineering program to meet other students and faculty members in different departments, like the business school and the manufacturing department.

“I started to branch out of my circle and grow relationships,” she says. She met with Cal-Poly’s Tech Transfer officer, who advised her on the technology for DayOne, introduced her to potential customers and alumni, and helped identify other funding opportunities, like grants.  “He helped open a lot of doors, and I still have a good relationship with him. You never know where a relationship is going to go, so you have to stay open.”

Sampath says student innovators can start identifying current supporters who will remain in their network after they graduate. “One thing to think about is: ‘Is this person just going to be my on-campus advisor, or is it somebody who is invested and wants to stick with us long term?’”

Each innovators’ network includes a wide range of people who have knowledge and skills that the innovator lacks, including IP counsel, mentors, trainers, and other entrepreneurs.

Compas-Markman says identifying who should be in her network was a strategic exercise. “It’s being able to step back and say, ‘These are our strengths and the holes we have.’ We needed an advisor in manufacturing and supply chain so we can go to him and say, ‘How do we move supplies from here to there?’ We now have a team of sales advisors and a logistics advisor who used to work for with the American Red Cross.”

A CEO of a Fortune 500 company might be impressive, but he or she might be too busy to actually help an innovator. Sampath says students want people in their networks who have recent on-the-ground experience and the time and energy to offer.

Rather than heavy weights or fancy titles, Sampath suggests innovators seek out people who will fill the gaps in their networks. “If you’ve got a team that’s heavily weighted toward the engineering side, for example, you might have a couple of network members who round you out,” she says. “You want to use the mentors and advisors as complements to your existing team.”

Early on, Cal Poly’s Tech Transfer officer introduced Compas-Markman to an alumni who had worked with the Navy. He helped her broker a relationship with one of DayOne’s biggest manufacturers. “I wouldn’t have been able to access that without his contacts and resources,” she says.

Compas-Markman won an innovation challenge at Cal-Poly, and ten years later, some of the people who judged that challenge are either board members or advisors at DayOne—because Compas Markman followed up with periodic updates about her progress and how she was spending her $15,000 award.

“My advisor told me to let them know how I was doing, and that stuck with me,” she says. There are around 20 people in Compas-Markman’s core network, but she maintains a spreadsheet of thousands of people who have come into her orbit. She sets aside time to send updates to everyone, tailoring the length of her message depending on the person’s role with her company.

“It’s about follow up and follow through,” she says. “Some I call weekly and some I send updates to so we don’t drop out of touch.” Sampath agrees that regular check-ins are important to cultivate a network. “What are your touch points with that person? Do you email them every month? Send a newsletter? Your communication keeps you front of mind.” An additional tip: Sampath says be mindful of how much time you ask of the people joining your network: “You have to learn to be really succinct and be aware of what you’re asking for.”

Sampath and Compas-Markman agree that students should place as much emphasis on developing a robust network as they do creating the next great technology. When innovators build networks with a deep bench of other professionals and entrepreneurs, they position themselves to draw from a pool of talent and experience—rather than simply relying on their own brains and wisdom.

Ultimately, startup networks can help early stage innovators to deliver a viable product, a manufacturing roadmap, and a marketing plan—and they also assure investors that the innovation is worth their early investments.

Compas-Markman says having an established network sent a powerful message to investors and to potential partners, like Procter & Gamble. “Investors want to make sure you’re not alone,” she says. “Having a network showed that I had advisors around me. Even showing that I was working with VentureWell was very powerful to get seed investors. It says others believe in what I’m doing, and that I have the ability to ask for help.”