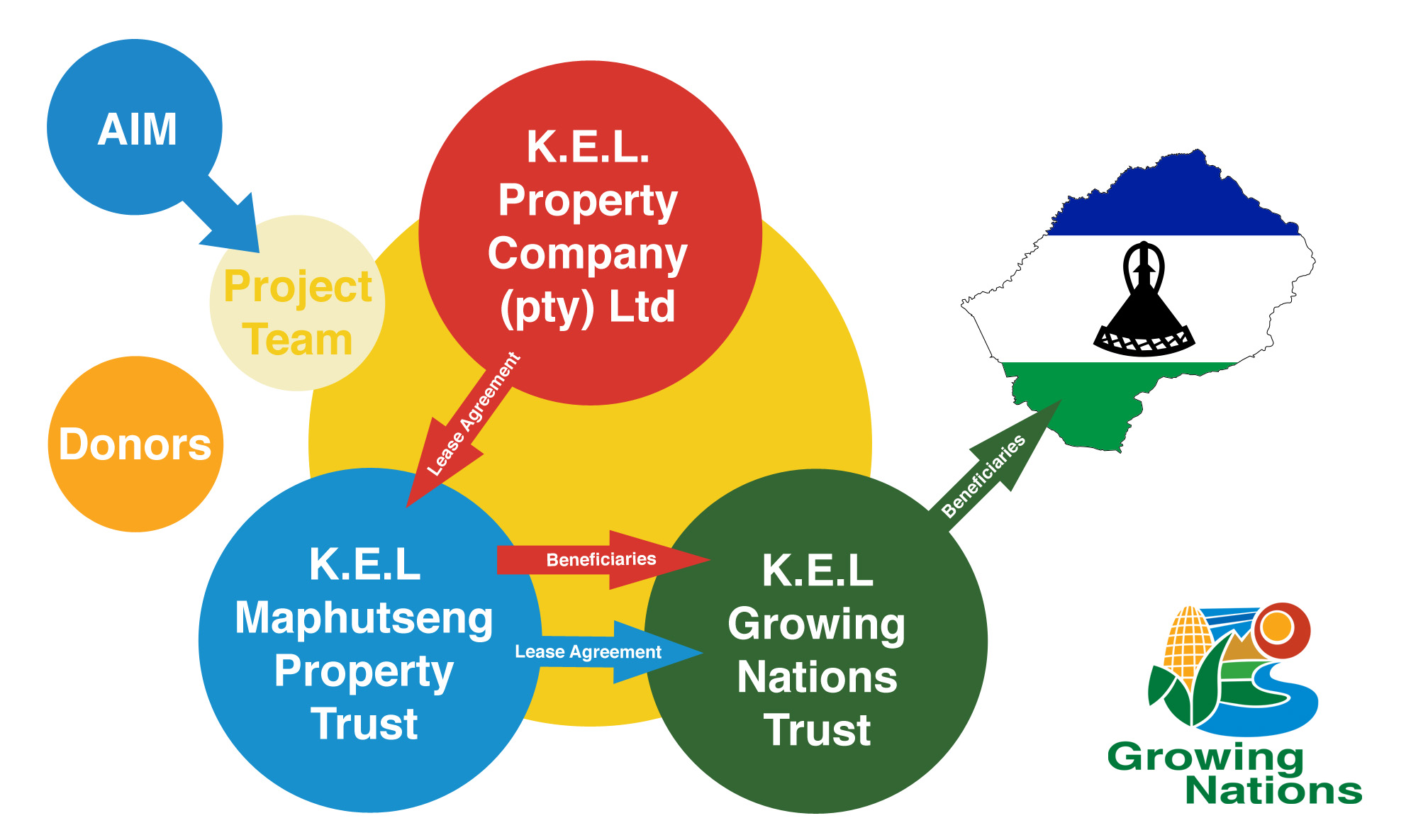 Growing Nations is a non-profit organization based in Lesotho that trains and provides resources to local farmers in conservation agriculture. The organization has been challenged to make conservation agriculture more accessible and less labor intensive for women farmers, who play integral roles in farming and must often support their families in the absence of men. Senior staff members collaborated with engineers to develop a no-till rotary punch that enables women to plant and take control of their own fields. Having developed and tested numerous prototypes and engaged farmers in different communities, the staff attended the Xcelerator workshop hoping to figure out how they would manufacture this new product.

According to the Growing Nations team, one of the most important benefits of attending the Xcelerator workshop was having time to work together as a group to solidify a shared vision. As Barry Mann, Head of Communications and Marketing explained, “When we arrived at the workshop we thought we wanted to get the planter into the marketplace… [It’s] simple to make and the materials are easy to come by, which helps because it can be repaired in whatever community that it’s being used in. Our thought was that we’d have several small manufacturing companies building the planter.”

This plan shifted as the team went through a strategy mapping process and obtained feedback on their plans from workshop leaders and participants. “The basic strategy and timelines were all cemented at the workshop… It helped us to take time out and have three days that were concentrated on looking at the planter… The strategic mapping sessions were key to looking at where we want to go,” shared Mann. “It was also really good getting feedback from non-farming organizations as well [as] the engineering side of things and getting different view points from people with experience in many different fields.”

Two critical outcomes emerged from this process. First, “the workshop helped [the Growing Nations team] understand that we didn’t want to be [directly] involved in manufacturing… We need to focus on our core values and what we’re good at doing,” especially as “it would be easier and more effective to produce the planters in one location and export them from there.” Second, the workshop “affected the way we work together. It has brought us more closely together in terms of having a common goal and knowing what we’re working towards… It’s been great to communicate and talk about the vision that we have now, which has come out of the project, and how we can move that forward. We came away very built up and inspired by what we had learned.”

For Growing Nations, the clarity of purpose and vision that emerged over the course of the workshop shaped the direction taken for developing the planter. This new sense of focus has also shifted the tactics senior leaders use to run the organization. “We’ve taken the strategy mapping methods that we learned at the workshop and we’ve used … those same principles within the whole of Growing Nations… We run a resident student program, we have a demonstration farm, we have the office administrations and groups that come and visit, and an extension team that works out in the communities. Each of those areas [has] been developing their own strategy maps, and we’ve drawn them together. We had a weekend away working on those strategy maps. So that has been fantastic, to work as a team and come together with a common goal.”

More often than not, the resources and planning tools used in Xcelerator extend beyond application to specific projects, with the potential to transform how organizations function to bolster sustainable global change. Growing Nations is a prime example of this phenomenon.

This post is the second of a 4 post series on how VentureWell’s Xcelerator workshops, which provide training and coaching specifically for USAID and Grand Challenges for Exploration grantees, help innovators turn their ideas into successful commercial products.

You can read the first post in the Xcelerator series here.