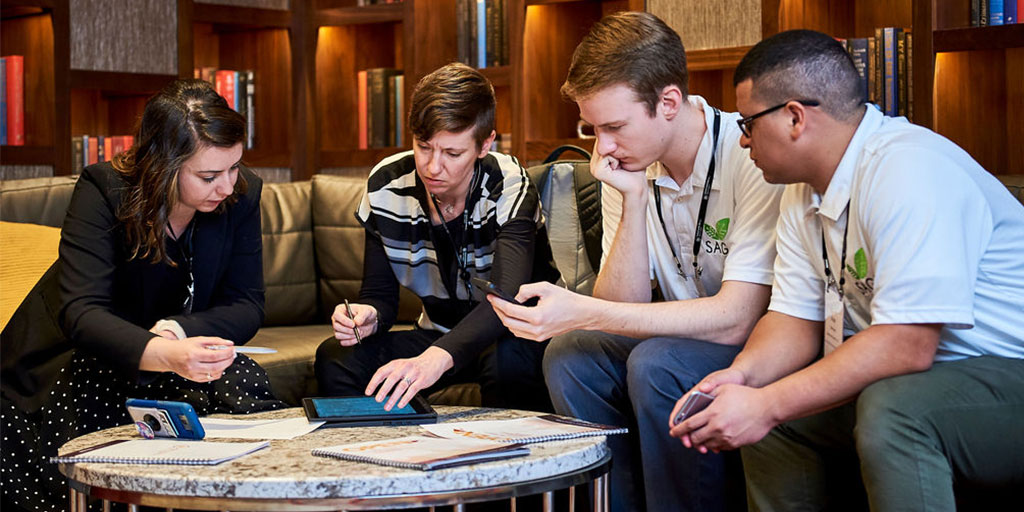 Frank Yao had prepared for this moment – the launch of his company’s high-tech sports apparel line – for years.  He had patented the “resistance bands” used in its athletic training clothing, the marketing team had scored some early wins in the media, the clothes were already appearing in sports shops around the country, and online sales were just starting to crank up. That’s when Yao ran into a huge obstacle.  Another clothing company threatened Yao’s company with a lawsuit, claiming that his company name and logo were an infringement. “We had just ordered all this inventory that prominently featured the name on the clothing itself,” Yao recalls. “It felt like a nightmare coming to life.” Yao and his cofounders were especially surprised by this development because they had done their homework in terms of intellectual property. Still, the executive team decided to sell the remaining inventory, rename the company and product line (to Physiclo), and essentially relaunch. Today, the company is gaining traction in the market, but Yao says he wouldn’t wish their early experience on any fledgling company.

In honor of World Intellectual Property Day, we put together a quick-reference guide on the role intellectual property rights play in innovation and entrepreneurship.

“Is our product truly novel?”

In the world of intellectual property law, “prior art” is the term used for relevant information that was publicly available before a patent claim. For example, if your company is working on a new type of football helmet, but another company has already given an interview about their own plans to invent such a helmet, that constitutes prior art – and it means your patent claim is likely to face a steep uphill battle.

“We encounter this issue all the time when starting to work with inventors or new companies in our early-stage innovator programs,” says Christina Tamer, senior program officer at VentureWell. “They say ‘I think we have something novel,’ and our first question in response is ‘Are you sure? Have you done a search for prior art?’”

So how do you find out whether you’re pursuing something truly novel, or encroaching on an idea already claimed by someone else? “You need to hire a lawyer or, if you’re working through a university, work with the university law clinic or tech transfer office to do that,” says Bruce Berman, chairman of the Center for IP Understanding and principal at Brody Berman Associates, a widely recognized leader on intellectual property issues.  “This process will give you a sense of the ‘white space’ – areas that haven’t really been addressed already, where you may want to focus.”

“How can we protect it?”

Good news! You’ve confirmed that you’re likely working on something novel. This is where things get interesting. There are a number of different, important avenues you should be considering as potential pillars of your intellectual property strategy, and you should have a plan for each of them. “Your strategy should be influenced by a range of factors – your invention or idea, your industry, stage of development, and capital position, for starters,” says Berman. “Having intellectual property means you have to be prepared to defend it, which can be expensive, especially patents. That doesn’t mean you should forgo your intellectual property rights, but you should be mindful of exactly what they will and will not achieve, and when, and where they might lead.”

You need to be aware of all the intellectual property protection mechanisms available to you, so you can make informed decisions about which to pursue.  Here are some of the big ones.

These are usually relatively inexpensive intellectual property protection tools for fledgling companies.  While they may not have much value at the time you file them, they could end up being enormously valuable over the long term. “Once your name gets out in the world and starts to gain equity, your trademark could end up being more valuable than any of your patents,” says Berman. “Think about the Segway. Obviously, the technical innovation that went into its development is really important, but at this point the name itself is enormously valuable – maybe even more than the rest.”

Your due diligence should include a search of patents, so that you can identify any potential roadblocks early in the development of your company. If you end up deciding to pursue a patent, it’s important to realize that patents have both owners and inventors – and they’re not the same. “Many of the companies we work with have their roots in university programs,” says Tamer. “In those scenarios, a faculty member or student could be a named inventor, or the university could claim ownership of the patent or innovation. That could be good news – the university may be able to provide tools for helping you protect your intellectual property and may even fund the process. But it could also introduce complications down the line, because a license from the university may be required before you commercialize or use that intellectual property.”

Since navigating the university IP process is complex, it’s important to develop a relationship with your institution’s technology transfer office early on in your journey. That will help you better understand the department’s policies and regulations. Susie Armstrong, Senior Vice President of Engineering at Qualcomm—our corporate partner in supporting early-stage innovators from diverse gender, ethnic, and socio-economic backgrounds who are inventing for social impact through wireless technology—feels that relationship can provide long-term value to  student innovators. “Most universities are very interested in technology transfer programs, not necessarily as a way to monetize intellectual property themselves, but as a way to get their students good footing when they leave the university,” says Armstrong.

Patents can be plenty useful, but don’t rely on them too heavily. “A patent is most likely going to play a modest, if valuable, role for your company – especially in its early stages, depending on the nature of the invention and the industry”, says Berman. “Most of the time, a patent functions as a sort of mining claim. If it’s very narrow, it’s easier to defend but has less meaning. If it’s too broad, it may be indefensible. Regardless, resist the impulse to think that a single patent is your ticket to success – in most industries it doesn’t work like that anymore. A ‘family’ of patents can have much more meaning for you.”

Trade secrets are a common blind spot for young companies, where a small group of employees are essentially “rowing together” every day, focused more on the work at hand and less on the potentially serious implications of the fact that each individual employee carries an enormous amount of valuable information out the door with them as they leave the office each day. “Information that qualifies as a trade secret is quite valuable,” says Berman. “Employees not only know exactly where their company has been successful, but they know all the dead ends, too – and that may be just as important to a competitor.” Establishing a trade secret typically requires non-disclosure agreements, security and information access protocols, and other protections. They can be complex, but not necessarily prohibitively expensive, either. Don’t overlook them.

“We won’t stop innovating. So how do we keep protecting our intellectual property as it evolves?”

As your company evolves, it will keep innovating – either building on existing products or pursuing entirely new ones. That means you need to be constantly assessing your offensive and defensive intellectual property positions, long after putting your initial strategy in play. That includes assessing and tracking your own developments, comparing them to the latest prior art, filing for protection, and expanding and maintaining that protection.

“Some of the companies we work with have an intellectual property committee made up of key R&D staff, management, and board members,” says Tamer. “Some even secure in-house counsel. Whichever course you choose, the important part is to have a plan and stick to it. Otherwise, you’ll be leaving your company and its best ideas exposed to risks, unnecessarily.”

Ultimately, there are plenty more than three questions you’ll need to answer regarding your intellectual property strategy, but these are a great place to start – and starting isn’t really optional. “No matter how prepared you are, you’re almost sure to encounter something unpredictable and unexpected when it comes to intellectual property,” says Tamer. “That’s why we tell entrepreneurs and inventors to be as well-prepared as possible, as early as possible – to head off as many uncertainties as they can as their ideas get closer to market.”  Berman agrees: “This is all about risk management. By their very nature, young companies already face plenty of risks across their business. This is one area where some good, early preparation can help prevent future risks and offer some potential leverage.”

Our report, “Strengthening University-Based Systems to Support the Development of Intellectual Property (IP) Strategies: Insights from Faculty, Administrators, and Students,” outlines elements of an ideal system that supports science- and technology-based students and faculty in developing, understanding, and protecting IP.