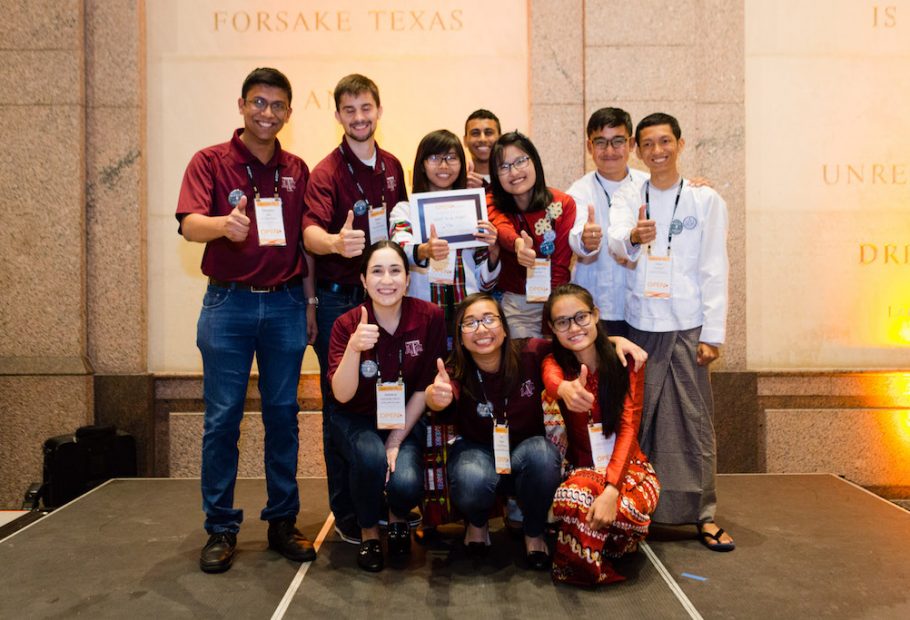 Illumi-Nite from Texas A&M University and Edu-LIGHTER from the University of Technology in Yadanabon Cyber City, Myanmar, won the VentureWell 2018 OPEN Minds Showcase, an annual exhibition of multidisciplinary groups of students working to bring science- and technology-based inventions to market. The event provides an opportunity for VentureWell-supported student inventor-entrepreneurs to demonstrate their ground-breaking innovations and practice their pitches to faculty, VentureWell staff, and funders. Illumi-Nite and Edu-LIGHTER were awarded the top prize of $3,000.

Illumi-Nite developed a platform to hold LED (light-emitting diode) lights using common items such as plastic bottles. Edu-LIGHTER developed an electricity-producing system. By combining both innovative ideas, the teams will be able to collaboratively produce a complete solution that allows children in regions without access to electricity to study after sundown.

In February, both teams participated in Invent for the Planet, a 48-hour design challenge that encourages student innovator teams from around the world to develop an invention that addresses global problems. Invent for the Planet was hosted by Texas A&M University, and sponsored by VentureWell. Team Illumni-Nite placed first and Edu-LIGHTER placed second in the challenge. Since both teams were working to address the same problem, they were invited to compete together in the OPEN Minds Showcase as part of the Invent for the Planet prize.

“Collaboration allows student inventors to maximize their resources and impact,” said Phil Weilerstein, president of VentureWell. “I’m honored that the OPEN Minds Showcase provided an opportunity for student innovators from different parts of the world to join forces to help address challenges that children in low-resource settings face to studying and getting a good education.”

The OPEN Minds Showcase is a highlight of the VentureWell OPEN conference, an annual gathering of students, faculty, business leaders, and investors to discuss science and technology entrepreneurship education. Learn more about the conference here.

Watch a highlight of Illumi-Nite and Edu-LIGHTER at the OPEN Minds Showcase below.