VentureWell identifies and supports STEM student innovators as they move from initial idea to raising their first seed round. Each year, we make a select number of investments in alumni startups from our E-Team program. We offer matching seed stage funding to startups that have secured a sophisticated lead investor and can illustrate the impact of their solution and clear growth through their VentureWell experience. We make these investments through a donor-advised fund at ImpactAssets. 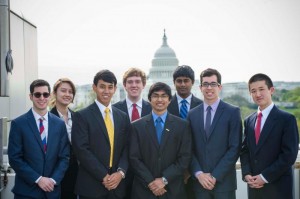 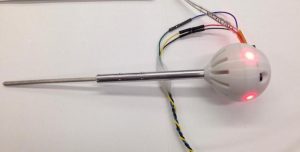 The AccuSpine team has developed a probe to assist in correct placement of screws during spinal surgery. Of the approximately 500,000 spinal fusion surgeries performed annually in the United States, over 20% of screws are misplaced. This leads to postoperative neurological or vascular complications, which necessitate reoperations in 1 to 5% of patients, costing the American healthcare system over $500 million annually. In the established paradigm, a pedicle probe is inserted manually into the vertebra to create a pilot hole, a trajectory that the screw follows. It is difficult to achieve a stable or even safe trajectory with the limited physical feedback from the probe, so this technique is most often performed under fluoroscopic guidance. To enable spine surgeons to more accurately place pedicle screws and reduce associated breaches in spinal fusion procedures, this team has designed and prototyped AccuSpine, an improved pedicle probe to replace the current “ball-and-stick” model probe. AccuSpine is able to provide feedback regarding its location within the pedicle and alert the surgeon of an impending cortical wall breach with both vibrational and visual feedback. The device consists of a spherical handle incorporating three resistive force transducers to measure forces in multiple axes. When the surgeon pushes the probe from soft to hard bone, a sudden force spike will occur, signifying a breach. The handle also houses the feedback system obtained using a button vibrational motor and four red LED lights that flash, respectively, when a breach is detected. AccuSpine’s feature set enables projected reductions in operating time by 15% with projected cost savings of 10% per surgery, an average of $9,000 per procedure.

A device that will improve small intestine transport for transplantation

The IPPTD team has invented a device that will improve small intestine transport for transplantation. Despite substantial clinical need, the small intestine remains the least commonly transplanted organ. Current transport technology fails to adequately preserve the intestine between harvest and graft, leading to high rates of necrosis and complications for the transplant recipient. This team developed a device that introduces perfusion of the intestinal lumen and vasculature to better preserve the small intestine during transport. Blood and lumen perfusion of the organ with a cold preservation solution slows degradation of the tissue by preventing cellular waste that may build up due to normal metabolic activity, and prevents necrosis. Multiple experiments with porcine models have proven the device successfully preserves intestinal tissue. After eight hours, histologic staining revealed that the intestine preserved in their novel device had less inflammation and necrosis than control tissue transported using standard-of-care methods. By introducing perfusion, this device improves grafted intestine quality and increases the accessibility of intestinal tissue for transplantation. The team intends to test the device on human tissue in early 2014.

IPPTD team in the news 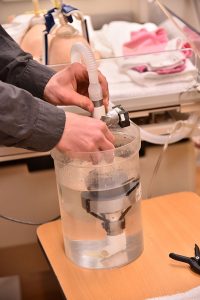 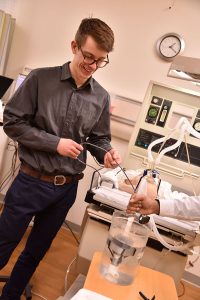 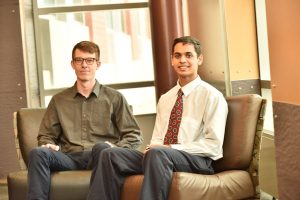 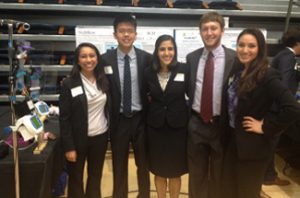 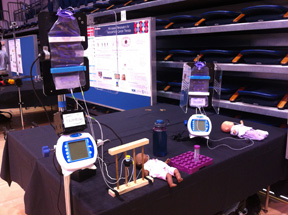 Improving nutrient delivery to infants in the NICU

The Nutriflow team has created a feeding system for infants in the NICU that increases the nutrients and fat content ultimately delivered. Each year in the US alone, 100,000 infants will require tube feeding. Current feeding systems lose up to half of the essential fat and fat-borne nutrients from mother’s milk during delivery. This fat is critical for infants to develop normally and grow into healthy children. With technologies today, fat from breast milk separates and is lost during delivery at two primary locations: the feed bag and the tubing. Their innovation, Nutriflow, consists of two microcontroller-programmed mixing mechanisms: an automatic milk bag inverter and a fluid circulation loop, that work to keep unhomogenized breast milk moving in both locations. Preliminary testing demonstrates Nutriflow consistently delivers 95% of fat in expressed breast milk to the infant, compared to 58% delivered by current hospital standards. Their device delivers these outcomes at a cost of just $2 more per use for hospitals, while adding less than three minutes setup time for nurses and minimizing additional risk factors for patients. The Nutriflow device increases the amount of fat delivered to the infant, thus increasing growth rates, shortening hospital stays, and ultimately improving long-term health outcomes.

A novel ostomy bag solution with capability to seal and introduce a valve. 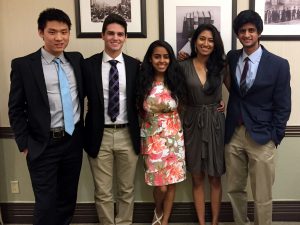 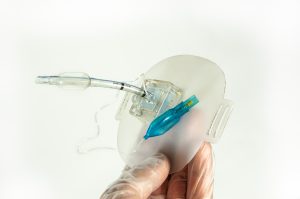 The OstoCare team developed a device which serves as an intermediary between the ostomy bag and the intestine. It is designed to eliminate leakage and odor by creating a seal that directs all waste into the ostomy bag, while providing an interface to facilitate bag changes, fully addressing the primary shortcomings of current ostomy care systems during daily use and bag transitions.

A robotic arm that attaches to the back of a wheelchair 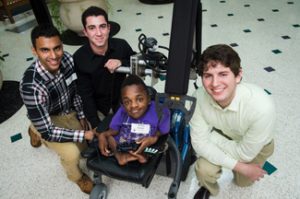 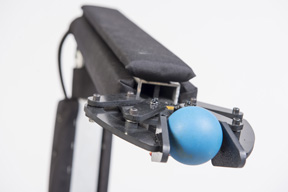 The R-ARM team has designed a robotic arm that attaches to the back of a wheelchair. There are approximately 65 million individuals who use wheelchairs worldwide. Almost all are limited in their reach due to the restrictions of sitting in a wheelchair. For the 900,000 individuals in the United States who have additional upper-body musculoskeletal limitations, interacting with the environment surrounding the wheelchair is even more constrained. Individuals with these limitations have identified the need for a motorized reach assistant to permit the user to retrieve objects and increase their independence. This team’s solution, the R-ARM, is a two-joint robotic arm that attaches to the back of a wheelchair. The R-ARM offers a means to grab objects up to 4.5 feet beyond the edge of the wheelchair and return the object back to the user. The power source for the R-ARM is independent of the chair. Other distinguishing features of the R-ARM include a quick attach/disconnect mechanism, a foot pedal to release objects, and safety features. Material costs for the R-ARM are less than $1,000. With a provisional patent filed, the team has freedom to develop the product.

TREAT Center for Translation of Rehabilitation Engineering Advances And Technology

*This year NCIIA is again partnering with TREAT (Center for Translation of Rehabilitation Engineering Advances and Technology) to honor excellence in Assistive and Rehabilitation Technologies.

TREAT is a multidisciplinary, multi-institutional, collaborative consortium between corporate, educational and non-profit entities providing infrastructure support and expert consultation to researchers and innovators interested in the translation and commercialization of rehabilitation research applications.

A diagnostic tool to quantify spasticity in a clinical setting in order to optimize treatment. 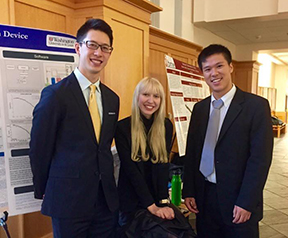 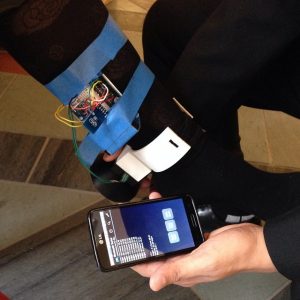 This team aimed to create the optimal diagnostic tool to quantify spasticity in a clinical setting by measuring the three factors that contribute to spasticity: the spastic limbs range of motion, velocity of motion, and resistive force when rotated about a joint at a relatively constant velocity by a clinician. The spasticity quantification device contains an accelerometer and force transducer contained within a chassis that is strapped to a patient’s limb to measure these factors as the limb is rotated about the joint.