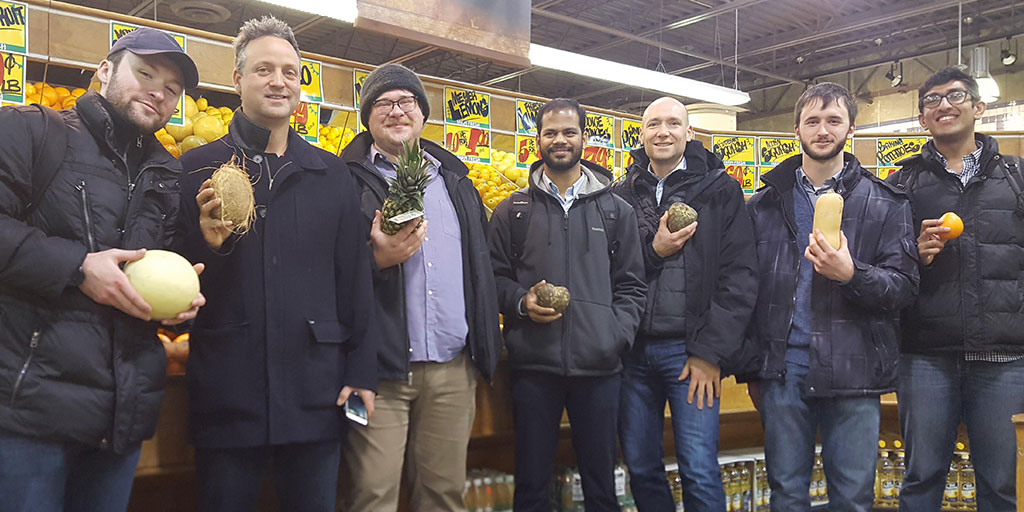 Despite humanity’s considerable advances in agriculture and transportation over the centuries, one-third of the food currently grown worldwide never makes it to the dinner table. According to the recent NRDC report, Wasted: How America is Losing Up to 40 Percent of its Food From Farm to Fork to Landfill, food waste in the United States adds up to about 400 pounds per person per year—much of it lost to spoilage and other inefficiencies before it even gets to market—at an annual cost of $218 billion. But the true price to society is even higher. Producing that wasted food requires more than 20 percent of our agricultural water, 19 percent of our cropland, 18 percent of our fertilizer, and significant amounts of energy. The greenhouse gases generated in the process—and by the food when it rots in landfills—account for 2.6 percent of all U.S. emissions, the equivalent of some 37 million cars.

“Food waste is a serious challenge in sustainability to every world system we have,” notes Aidan Mouat, whose company, Hazel Technologies, is working to change that.

Launched in 2015 by Mouat, a materials chemist, and partners he met through Northwestern University’s NUvention entrepreneurial program, Hazel Technologies produces small sachets, about the size of sugar packets, that when placed in boxes of fruit or vegetables allow a grower or shipper to control ripening and triple a crop’s shelf life. The active ingredient is 1-methylcyclopropene (1-MCP), a compound that works like a fountain of youth for produce: it blocks the effects of ethylene, the gas emitted by produce that triggers ripening and, eventually, decay. Apple growers have used 1-MCP as a post-harvest treatment for decades, but the process—fumigation in controlled-atmosphere facilities—is not practical for other crops that ripen quickly.

Hazel’s sachets use an innovative delivery system that continuously releases small amounts of 1-MCP vapor for two weeks or longer. The approach is far more elegant and effective than other current post-harvest practices: spraying produce with wax, fungicides, or protective coatings, or attempting to control ethylene levels in storage with fans, scrubbers, or other means.

A sustainable solution to food waste

“We like 1-MCP because it fits the sustainability criteria,” says Mouat, whose USDA-supported company participated in the VentureWell E-Team Grant Program in 2016 and in 2017 secured an $800,000 investment round led by Rhapsody Venture Partners with participation from VentureWell. The company also secured a 3.25MM Series A investment round led by food and agtech VC S2G Ventures. “It really has no opportunity whatsoever to interact in an adverse way with the environment. It naturally dissipates by itself as an atmospheric compound and leaves behind absolutely nothing on the fruit. It’s pretty much the best compound out there for this kind of thing.”

Hazel also makes an antimicrobial sachet that slowly releases vapors of essential oils, whose antifungal properties extend the shelf life of delicate fruit like berries. The company’s various formulas can each be optimized to meet the specific needs of a grower or shipper, a level of flexibility that is key in the customer-oriented post-harvest sector, Mouat notes. “We have an infinitely tailorable system. If you wanted me to make a product that delivered 8 different agents in the same cocktail at controlled rates, I could easily make that.”

Indeed, working to meet the needs of its customers through pilot programs in the field has been a hallmark of Hazel’s business strategy from its inception, and a core element of Mouat’s startup philosophy. “If you are not out there with the customers, experiencing what the customers need in the process,” he says, “you’re going to get an ugly surprise when you finally decide to start selling.”

Looking ahead: making food waste a thing of the past

Now that Hazel is nearing the sales stage, its approach is paying off. In the past year, the company has partnered with more than 100 produce shippers, including melon grower DFI Marketing, which began deploying the sachets on its exports after a 30-day field test showed a 49 percent increase in marketable product. Among Hazel’s many Latin American partners is AMR Agro, one of the Dominican Republic’s largest growers of green-skin avocados, and Mouat says his company—currently at 14 employees—has begun looking at markets in Europe and South Africa, “getting bigger and better all the time.”

One particularly promising pilot program this year involved California stone fruit, such as peaches and plums, which are traditionally harvested well before they ripen for easier transport. Hazel’s technology allows fruit to be tree-ripened longer, improving both flavor and nutritional value. “That’s one of the many situations where we see our product as a potential paradigm shift for U.S. agriculture,” Mouat says. “And it’s not just peaches and plums. It’s pears, it’s tomatoes. There’s a tendency to put the emphasis on durability rather than flavor and nutritional value. And if a product like ours can help a grower keep a peach on a tree for an extra week so it gets some flavor, but it can still be treated like standard commercial produce, that’s the definition of added value.”

As for Hazel Technologies’ future, Mouat sees a number of intriguing growth areas, including consumer products. “Imagine, for example, a banana box,” he says. “You charge the box with the sachet, you put in as many bananas as you want, you change the sachet every month or so, and those bananas will all last for twice as long. We’ve imagined a specially designed refrigerator crisper drawer or putting our product into the refrigerator’s air filtration system. There are a lot of ways we could get into the consumer market to help address food waste, and all of these ideas are in the works.”

This article is in honor of World Food Day, which takes place every year on October 16. World Food Day promotes worldwide awareness and action for those who suffer from hunger and for the need to ensure food security and nutritious diets for all.