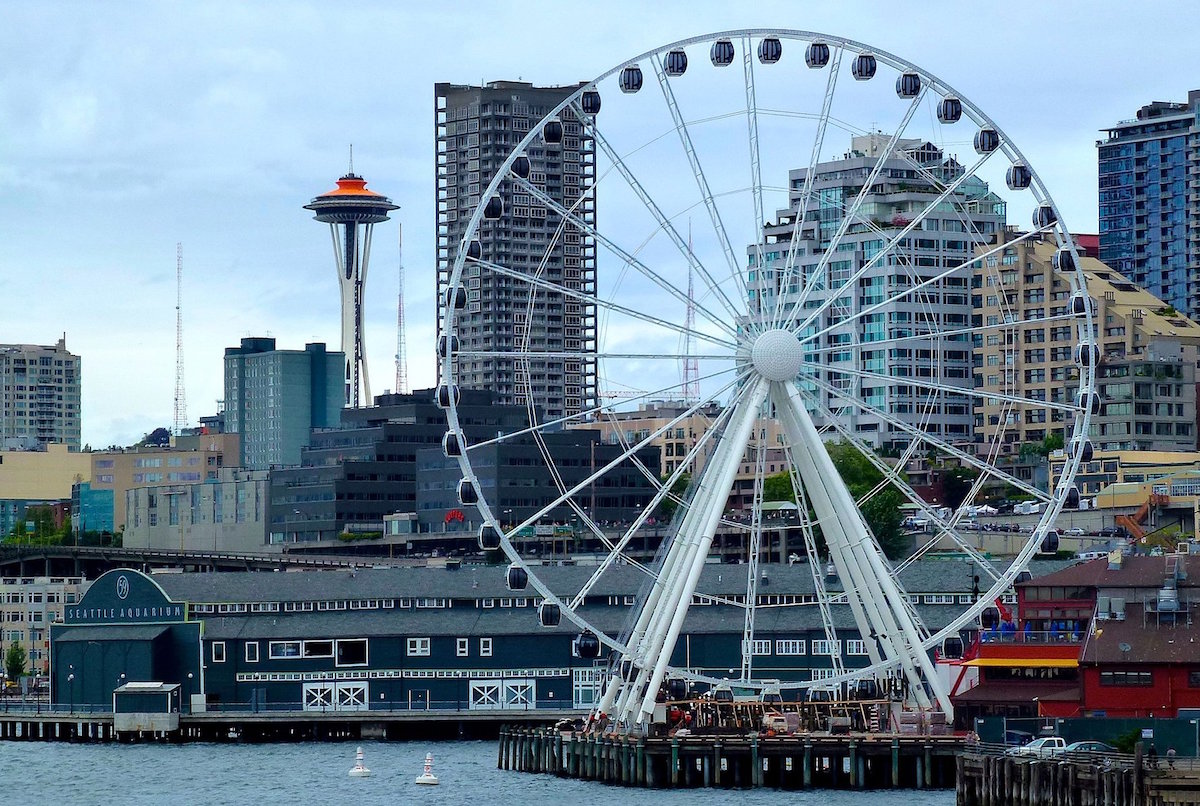 When Luke Pinkerton first started working on Helix Steel at the University of Michigan as an engineer in late ’90s, he was trying to solve the problem of concrete: it’s inherently weak. Along the way, he helped create a technology that’s reducing the construction industry’s carbon footprint.

What is concrete’s problem? Concrete is brittle and must be reinforced with long metal bars, called steel rebar—the bars you sometimes see jutting out of dilapidated concrete buildings. That’s because even with rebar, concrete deteriorates over time, and buildings literally fall down.

Pinkerton and his colleagues had honed in on a technology—a small, twisted metal fiber—that would make concrete stronger and last longer, and was cheaper than traditional rebar. Helix Steel was brought to market in 2003, with Pinkerton as the founder and president. Read more about the company’s history.

“We were asking: ‘How could we save time and money?’” Pinkerton says. “That’s really what drives this business. [Creating a green technology] was an unintended consequence that really turned out to be a value add.”

Making the case for Helix Steel

Here’s how Helix Steel works: Millions of lightweight fibers (the length of a quarter) are mixed with concrete. The twist in the steel bonds with concrete, increasing what’s called tensile strength—the amount of stress concrete can endure.

“That tensile strength is what engineers use as the primary factor to determine how thick, say, a highway pavement needs to be,” Pinkerton says.

Quickly, Helix Steel’s environmental benefits emerged. “Cement production is one of the worst offenders for carbon,” he says. “Roughly two pounds of carbon go into the air for every pound of cement that’s produced. Steel is also a pretty bad offender, with 1.8 pounds of carbon per pound of steel.”

Because Helix Steel increases the tensile strength of concrete, it reduces the amount of concrete and steel rebar needed in construction, thus lowering the carbon output.

“In some cases, we’ve decreased the thickness of pavement all the way up to half,” Pinkerton says.

The industry is taking notice of the economic and environmental benefits, and heavy-hitting customers are knocking. In 2016, Helix Steel was used in a Metro Transit Authority three-mile subway tunnel in Manhattan, and in 2013 it was used to build the new concrete platform underneath Seattle’s famous Ferris Wheel on Pier 57.

Today, Helix is being used to build commercial structures, roads, homes, and airports across the United States and the world.

Customers are drawn to Helix Steel’s efficient and economic shipping process. Shipping heavy rebar to a job site is costly and resource intensive, especially because a lot of steel is shipped from overseas. “Now you have to add in the carbon footprint of shipping something on a container ship and getting it on rail to wherever it is and trucking it in,” Pinkerton says.

Helix Steel, on the other hand, is an American-made product sourced from Pennsylvania. And it ships in compact, easy-to-handle boxes, making it affordable to deliver to remote job sites—even isolated villages where people rely on cement to build houses.

“If you’re in a remote area, you can carry a couple boxes of Helix in pretty easily,” Pinkerton says. “If you needed to carry a bunch of rebar in, it’s very difficult. And we’re going into parts of the world where people are using substandard materials that haven’t been tested. We’re able to give them something that has better quality control.”

Pinkerton is proud of the life cycle of his product, which is made in a zero-waste factory in Pennsylvania and shipped to the manufacturing facility in Grand Rapids, Michigan. The steel fibers can also be recycled. And after almost 15 years in business, Pinkerton says they’re seeing that Helix-reinforced pavements are lasting longer.

“That’s an economic and a life-cycle benefit,” he says. “It doesn’t fail prematurely.”

He believes there is a business case for sustainable design. “I think the market wants it,” he says. “It’s finding technologies that allow clients to [adopt green technology] without breaking the bank.”

Pinkerton, who pounded the pavement for years to introduce Helix Steel to potential clients, has advice for inventors embarking on sustainable design: “You have to stick to what you believe in, particularly the environmental aspect,” he says. “You have to will it to success.

Learn how VentureWell’s E-Team Program helped Luke Pinkerton transform the manufacturing concept he developed in the lab into a revolutionary commercial product.

Discover how three VentureWell E-Teams applied sustainable design principles in the development of their invention.

Visit venturewell.org/tools-for-innovators/ for more resources on life-cycle thinking, including our new Inventing Green: A Toolkit for Sustainable Design.