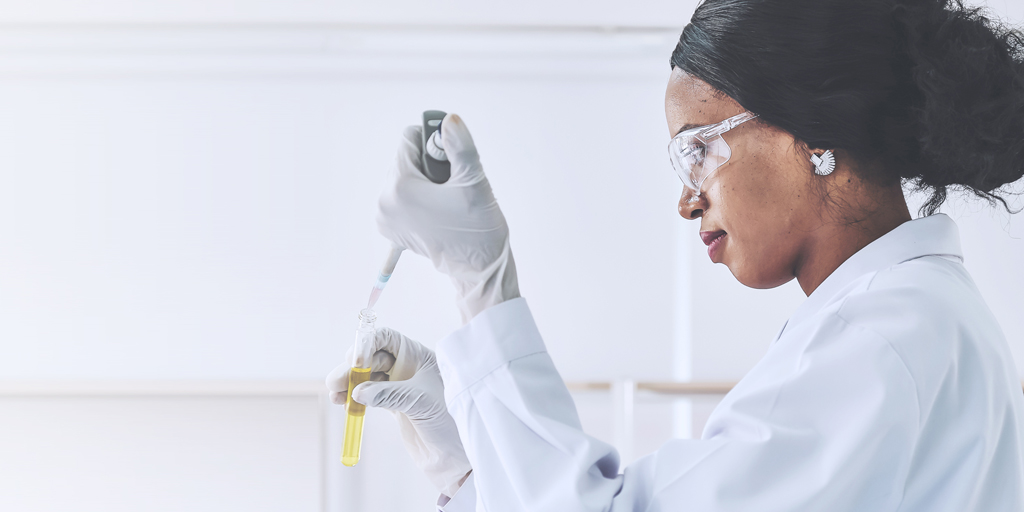 Preventing the spread of COVID-19 has been a top priority of governments, scientists, and business leaders across the world. At VentureWell, we know that with the right resources and tools, STEM entrepreneurs and researchers can contribute greatly to the effort to contain the spread of infection. Below, we’re highlighting VentureWell-supported innovators and startups that are developing solutions to end the spread of diseases worldwide.

According to the World Health Organization, an estimated 20 to 45 million people in Bangladesh are at risk of being exposed to arsenic in drinking water, which can cause illness, diarrhea, and arsenicosis. Alongside Dr. Arup SenGupta and Mike German of Lehigh University, Minhaj Chowdhury developed a solution: a resin-based water-filtration system that is reusable and recyclable. Their technology has a 99% water recovery rate, as compared to the 40-50% recovery rate of traditional water osmosis systems. Drinkwell manufactures and sells resin to local water entrepreneurs who can create a sustainable and reliable business around providing clean water to their communities. DrinkWell systems clean millions of liters of water every month around the world.

“After about two million liters of dispensing you can actually do what’s called regeneration,” Chowdhury says. “So it’s the same idea as recharging your cell phone battery as opposed to throwing out your AA battery.” Chowdhury says Drinkwell specifically targeted a long life cycle to “keep our cost structure down. We compete on the lifetime value of our technology.”

Quelling the spread of tuberculosis

Tuberculosis (TB) is one of the top ten causes of death in the world. drizzle co-founder Bonolo Mathekga is addressing this global health crisis by providing low-income communities with the technology to test for tuberculosis. By enabling communities to quickly diagnose TB and proactively intervene with treatment, drizzle is reducing the risk of TB spreading unknowingly. drizzle is also committed to environmentally responsible practices; they prioritize recycling the sputum cups used to collect testing samples and ensure that the collection devices are sterilized and recoatied before reuse.

“As a young innovator from South Africa—a TB-stricken country—I felt that it was important to create solutions that address this global health problem.” said Mathekga, in an interview with VentureWell. Alongside her team at John Hopkins University, Mathekga received an E-Team grant from VentureWell as part of our summer 2019 cohort.

During the 2014 West African Ebola crisis, Columbia University students Jason Kang, Katherine Jin, and Kevin Tyan founded Kinnos to help healthcare workers at the frontlines of the epidemic. Kinnos found that healthcare workers accounted for one out of 20 deaths — and less than 50% of surfaces in healthcare settings are thoroughly disinfected, creating 5-6 times the risk of contaminations and infection. To combat this, the team developed Highlight, an additive that dyes disinfectants blue, which makes it easier for healthcare workers to see coverage gaps. The additive fades from blue to clear once the surface has been properly disinfected, ensuring that healthcare workers can clean more comprehensively. The additive also increases disinfectant adherence to surfaces and significantly decreases the corrosiveness of bleach, protecting medical equipment and surfaces.

Kinnos has received significant support for their innovations in healthcare, including an E-Team student grant from VentureWell in 2016. They recently closed a $6 million venture-backed investment round, forging forward in their vision to protect health workers as they work to protect all of us.

Solving the sanitation crisis, one toilet at a time

The global sanitation crisis directly drives the spread of infections and diseases; worldwide, 4.1 billion people lack access to hygienic sanitation, including toilets. To combat this issue, E-Team Sanergy provides residents of urban slums with non-sewered sanitation solutions designed for their particular needs. According to their website, Sanergy serves 133,680 people every day, and their approach is five times less expensive than traditional sewage systems.

Sanergy’s signature product is their affordable, high-quality toilet that can be installed in virtually any household, regardless of their capacity for formal sewage products. The sewage is collected regularly by a network of Sanergy professionals, then transported to a waste-conversion center where it is productively recycled into fertilizer and insect-based feed for agricultural needs.

On the Sanergy website, they state, “It is insufficient to simply provide clean toilets; where the waste goes after is just as important. We are committed to cleaning up informal settlements through professional, hygienic waste collection services, and then ensuring that waste is treated properly.”

Preventing the spread of germs on public transportation

Led by E-Team grantee Wyatt Dike, VertX Advertising is helping reduce the spread of germs and pathogens on public transportation through its Cleaner Transit Initiative by providing transit systems with antimicrobial equipment and covers for trains and buses. Testing done on several California-based bus fleets found that after a six month period, VertX’s products reduced up to five times as much bacteria on surfaces, as compared to passengers handles that were not equipped with the antimicrobial covers. The California-based startup partners with businesses interested in advertising on public transit (which creates new revenue streams for public transport systems) and transportation systems hoping to fight the spread of germs and pathogens on their fleets.

Across the world, entrepreneurs are creating the solutions we need to keep safe from infectious disease. STEM research and innovation is vital to containing COVID-19, reducing the spread of infection, and developing the treatments needed for both prevention and recovery. From VertX Advertising’s seamless integrations into public transit to Sanergy’s efforts to meet crucial sanitary needs, VentureWell-funded innovators are spearheading initiatives to secure a safer, healthier future for all.