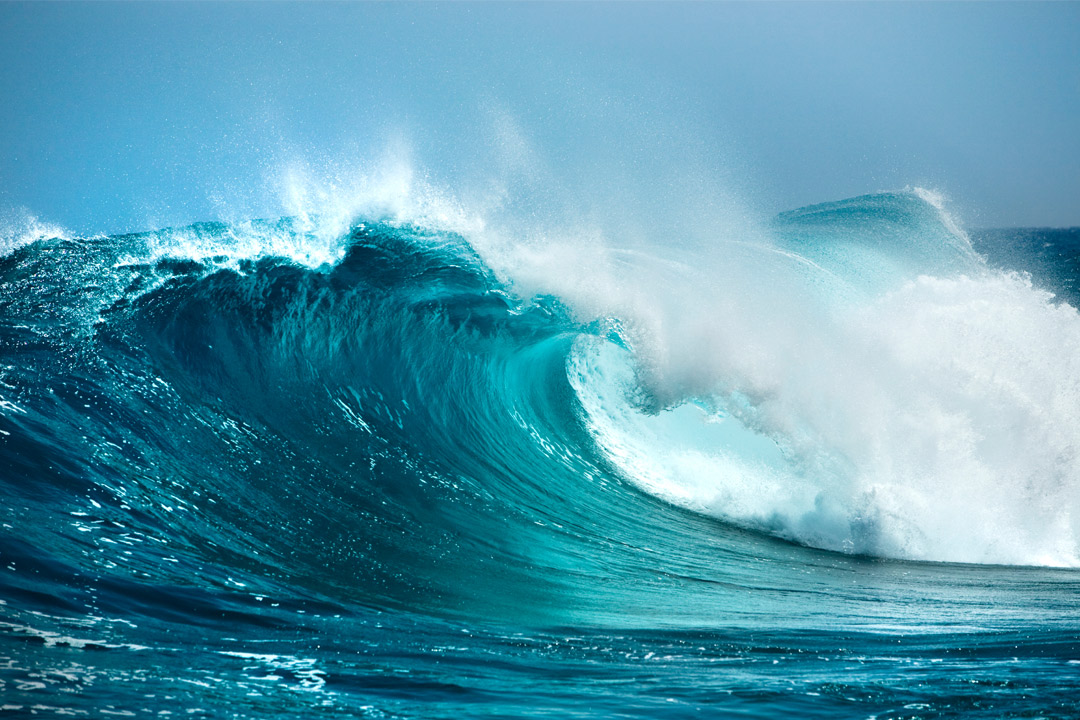 This article has been updated to feature innovators working to prevent ocean pollution—by contributing to the circular economy or preventing debris and other pollution from winding up in our oceans. The original article was first published in June 2018.

Oceans are essential to life on earth. According to the Marine Conservation Institute, oceans generate half of the oxygen we breathe and absorb carbon dioxide from the atmosphere. Unfortunately, the health of the world’s oceans is at risk—particularly from various types of pollution.

Take marine debris. Each year, billions of pounds of trash enter the ocean, wreaking havoc on marine life and habitats. The staggering volume of discarded bags, foam, and plastic are frequently consumed—often with fatal effects—by marine mammals, fish, and birds that mistake it for food. Abandoned fishing nets, another typical form of marine debris, can drift for years, trapping fish and mammals. The debris issue can be exacerbated by ocean currents, which corral the trash into massive garbage patches. One in the North Pacific, known as the Pacific Trash Vortex, is about the size of Texas.

how inventors are working to prevent ocean pollution

We believe today’s complex ocean pollution challenges present opportunities for innovation. In honor of World Oceans Day on June 8, we’d like to showcase the early-stage innovators and entrepreneurs within our community who are working to prevent ocean pollution—by contributing to the circular economy or preventing debris and other contaminants from winding up in our oceans.

Transfoam
2021 E-Team
University of Virginia-Main Campus
Developing a biomanufacturing process that can convert petroplastic waste into biodegradable plastic, keeping it out of the ocean and other natural environments

“Plastic pollution is a massive threat to the long-term health of our planet and species. It’s estimated that humans consume upwards of 25,000 microplastics per day, and while much of it comes directly from its use, the problem is perpetuated by the difficulty and lack of incentive to collect, sort and recycle petroleum-based polymers. To prevent this from worsening, we need more widespread use of biocompatible and biodegradable materials.”—Alec Brewer, co-founder and CEO of Transfoam

“Owning a boat is not like owning a car. Boats have a higher maintenance cost and lower reliability. Boating also has a negative impact on our environment. With our desire to make a difference, passion for the environment, and knowledge of propulsion systems, we will bring the marine industry on board towards a sustainable energy future.”—Ben Sorkin, CEO of Flux Marine

“Our product is capable of recovering metal contamination from water in a way that renders pollutants ready to return into a useful life. This approach leaves water cleaner while producing sources of crucial metals that don’t require mining.”—Katie Kollhoff, CEO of NUMiX Materials

mobius
2018 ASPIRE participant
Developed a low-cost platform of biodegradable and compostable plastics made from lignin, a waste product from paper and biofuel that naturally degrades in soil

“Petroleum-based plastic plant containers are non-recyclable and often wind up in the waste stream—and our oceans. We’re partnering with plant container manufacturers to use our strong, biodegradable plastic alternative, which will decompose in the ground into carbon dioxide, water, and organic compost.” —Tony Bova, CEO of mobius

“Our team developed a system of trash-eating aqua-drones to skim marine debris for waterfront organizations and prevent ecological damage. The unmanned drones use AI technology to optimize collection routes, allowing for better debris collection performance at lower costs. However, removal from the oceans is only one portion of the process. We don’t want to remove trash only from the oceans just to drop it into landfills. We plan to provide the collected plastic to upcycling companies as raw materials. Remora minimizes ecological damage and allows people to both benefit from marine services now as well as protect them for future generations.”—Saakib Akbany, co-founder of Remora

Ambercycle
2015 E-Team
University of California, Davis
Developing a process to convert plastic debris in oceans into clean polymer resins that can be used in new fabrics

“There is currently little or no market value for plastics recovered from the ocean. Our innovation converts mixed plastic waste from oceans into raw materials that can be turned into new textiles. Our process also avoids typical industrial fermentation, gasification, and depolymerization techniques, which also contribute to environmental issues.”—Akshay Sethi, co-founder of Ambercycle

Despite ominous data about the harmful impact—and volume—of ocean pollution, there’s a wave of early-stage innovators determined to address the issue. From creating new materials from marine debris to finding innovative ways of eliminating plastic waste, we’re excited about the new technologies designed to combat ocean pollution, and inspired by the inventors driven to maximize their impact through entrepreneurship.