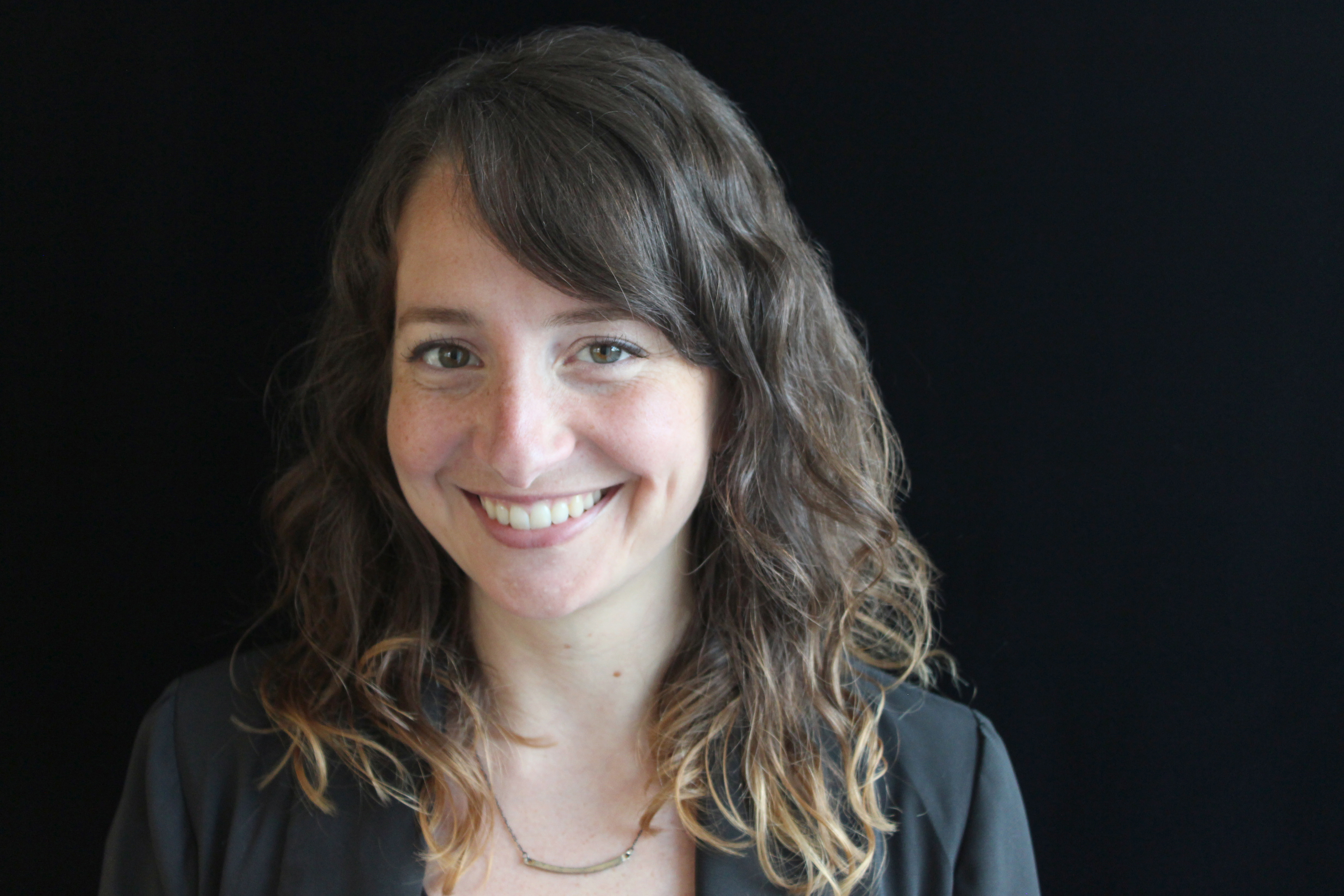 The issue of gender discrimination against women has officially percolated to the surface of the science and tech world. From high-profile Silicon Valley gender discrimination trials to discussions of the low participation rate of women in STEM fields, secrets are suddenly out in the open, questions are being raised, cultural biases are being examined and solutions are being searched for. Why do boys still score higher than girls on math tests? Why, when evaluating identical resumes, are both male and female scientists likely to offer more in salary to a candidate named John rather than Jennifer?

The problem? Women STEM faculty—already vastly outnumbered—are barely involved in academic commercialization. As women move up the pipeline from engineering PhD to associate professor to venture founder, their numbers dwindle.

This is happening despite the potential for women to positively impact the ventures they’re involved in. Thinkers like David Page have argued that groups with a range of perspectives in them outperform groups of like-minded experts. Diversity yields superior outcomes; or in other words, diversity is greater than homogeneity.

Even discounting arguments from diversity, data bears out the fact that women founders perform as well or better than their male counterparts. According to the Center for Women’s Business Research, women-owned companies have been growing at double the rate of all other companies, bringing in $3 trillion annually and producing 23 million jobs. Additionally, inventions by women are frequently designed to address important social problems such as health, poverty and education.

The question, then, is why the gender gap? Why do women STEM faculty participate in commercialization activities at such low rates?

The gap can largely be explained by the significant obstacles women faculty face as they advance their careers. These take the shape of an inverted pyramid, with gender discrimination, the most influential obstacle, at the top. 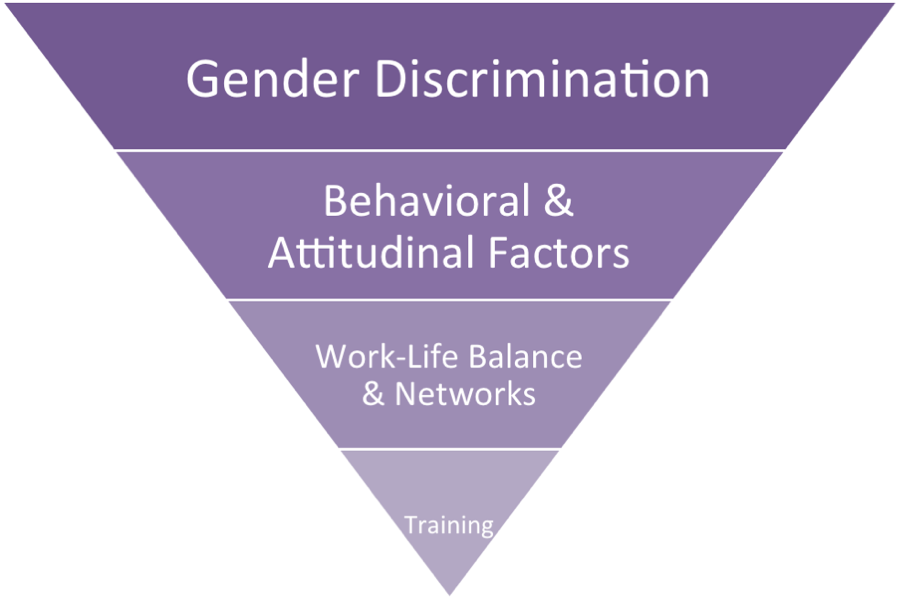 Gender discrimination
Gender discrimination in academia comes in several, variable guises. One is gender discounting: when women with the same qualifications and accomplishments as their male counterparts are treated differently, in a negative way, based solely on gender. In practice this can look like less pay, smaller lab space, less departmental influence, under-crediting women, and a hostile work environment. The effect of these experiences on women can be lower productivity, social isolation, slower advancement and less opportunity to hold high-level positions.

The “holding high-level positions” part runs directly into the issue of participation rates in academic commercialization. Detailed career histories of 6,000 academics revealed that scientists become entrepreneurs when they work with or for elite scientists with high social standing whom had already been involved in commercialization. Since women are less likely to advance their careers because of gender discrimination, they are less likely to work with elite scientists, less frequently invited to learn about entrepreneurial processes and participate in founding new companies—in summary,
less involved in commercialization activities.

Behavioral and attitudinal factors
In general, women in science tend to underestimate their skills. In a study of high-achieving men and women scientists, more men considered their scientific ability to be above average and more women considered their ability to be average. Similarly, entrepreneurial self-efficacy, or confidence in your own entrepreneurial abilities, has been shown to influence whether or not you decide to found a venture.

Risk aversion is another, related behavioral issue: women tend to be more risk-averse than men, especially when it comes to finances.

Why these things happen—why women in science seem to be more risk-averse and have less confidence in their skills—is up for debate. A plausible explanation is the fact that women in academia have to struggle harder to overcome gender discrimination, establish their careers, and move up the ladder, which adds extra risk to the equation. Why take a chance on commercializing research when you’ve worked so hard just to get where you are? What is seen as risk-aversion may in fact be women accurately assessing their situation.

Work-life balance
It’s common knowledge that academic career progression, in STEM fields or otherwise, typically aligns so that women start their tenure-track work when they’re most likely to be starting a family. As Sonnert & Holton stated, “…[women scientists] are faced with the dilemma of synchronizing the often-conflicting demands of three clocks: the biological clock, the career clock and a spouse’s career clock.”

These competing life events influence a woman’s career choices and, by extension, involvement in academic commercialization. Simply not having enough time is a major issue; data pulled from a survey of doctorate recipients found that mothers in the academy are less likely to patent due to responsibility for a higher proportion of childrearing and household chores. Interestingly, there is more of a disparity in their patenting than publishing activity, one possible explanation being that mothers selectively allocate their time to preserve essential career activities (publishing) and engage less in non-essential activities like mentoring, patenting and commercialization.

Time demands aside, gender discrimination related to motherhood also comes into play. Mothers tend to be seen as less competent, committed, and available, and receive fewer resources than childless women and men. These perceptions affect upward mobility and mean that colleagues are less likely to approach mothers with opportunities to engage in academic commercialization.

Solutions
Fortunately these issues are beginning to be addressed. The starting point is recognition of the barriers women faculty face. Bernice Sandler, a Senior Scholar at the Women’s Research and Education Institute, urges stakeholders to recognize that change isn’t just the responsibility of women, faculty, or administrators, but the responsibility of everyone. Leaders at all levels of an institution should work to make women’s issues institutional issues.

Beyond awareness, policy change can encourage practical shifts. New policies can affect resource distribution, workplace climate, sexual harassment, and ultimately faculty advancement. Open and well-communicated policies that regulate the distribution of startup funds, office and lab space, and patterns of release time should help in holding departments to equitable standards. The department chair can play an important role in communicating clear expectations for the fair treatment of faculty.

Now that the barriers women face are coming to light, we have the opportunity to act. VentureWell and its members are well-positioned to give women in STEM every opportunity to succeed.

For more on women in STEM, read these related articles on our blog:

Shattering the Glass Ceiling in the I&E Ecosystem