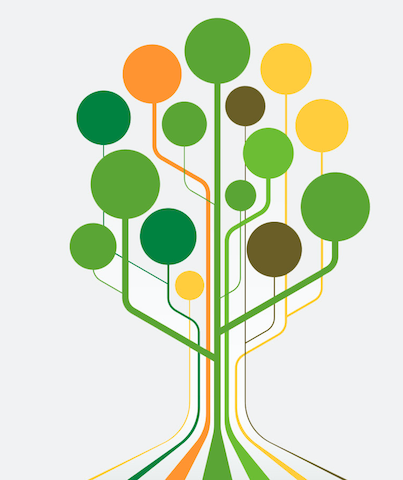 Innovation and entrepreneurship (I&E) is vital for a strong economy. Entrepreneurs with cutting-edge businesses create good jobs. Their employees in turn are valuable customers who spur even more economic development and business growth in the area.

Take Silicon Valley, New York, and Boston. Each location is a model I&E hub, attracting the best and brightest talent in the world. Thousands of students, college graduates, and experienced professionals alike flock to these areas for world-class learning opportunities, enviable corporate jobs, or a chance to be a part of a rising startup. The result? Talented and driven people plant roots in those areas to live, work, or start new companies, further bolstering the regional economy.

In our new series, we’ll explore I&E’s multifaceted role in driving economic growth. This first installment highlights the benefits of creating an ecosystem in regions with great potential to become a vibrant I&E hub. We spoke with directors of two accelerators – one in western Massachusetts and one in central California – who are actively nurturing an environment for entrepreneurship to grow and flourish. They illustrate several ways an active I&E ecosystem has quickly impacted their region, from job creation to attracting industry, investors, and talent. In future articles, we’ll dive deeper into the role science and technology I&E plays in economic development.

“When you’re talking about economic impact, you have to include the baseline,” said Liz Roberts, CEO of Valley Venture Mentors (VVM). VVM is located in downtown Springfield, a city with a 34.1% poverty rate and a 5.2% unemployment rate. But, in spite of the grim statistics, VVM sees great potential in this region. “What we’re trying to do is make Western Massachusetts the next startup region, starting with downtown Springfield as the epicenter.”

Over the past six years, the non-profit’s operation has grown to include several accelerator programs, along with their flagship mentorship program. By providing expertise, funding, and other resources for startups, their team is working to change the face of the Western Massachusetts’ economy and improve the outcomes for young entrepreneurs. And they’re starting to see results.

In 2016 alone, VVM startups supported 227 full-time and 613 part-time and contract jobs. In addition, they spent $2.45M on service providers outside payroll. “There are now 17 startups in downtown Springfield that weren’t there two years ago.” said Roberts. And with their newly constructed Innovation Center scheduled to open later this summer, they expect compounded growth of these figures over the next few years.

As the heart of innovation in San Luis Obispo, the SLO HotHouse seeks to attract and support vibrant talent and promising innovators and entrepreneurs in order to build a unique and passionate startup culture in the region. Their program results are encouraging.

“Startups from our programs have raised over $150M in venture capital, and have created about 300 local jobs,” said Tod Nelson, Executive Director of the Cal Poly Center for Innovation & Entrepreneurship and San Luis Obispo (SLO) HotHouse. “That’s had a significant impact on the region.” Of the 70 companies from their programs, about 40 of have chosen to headquarter in San Luis Obispo, giving the economy a much needed boost. Nelson hopes that these startups and small businesses can help fill the gap as professionals search for new opportunities and local jobs.

When companies look for a new location for their headquarters, most experts say that the local talent pool should be the top consideration. Rather than enticing talent to relocate by offering perks, many executives recommend that companies strategically place themselves in areas where the talent concentration is already high and industry support is readily available.

Seeing this trend, many smaller areas are diligently trying to grow their talent pool and attract industry. Local funding partners like MassMutual and MassDevelopment have been working with VVM to execute their entrepreneurship initiatives and, with impact numbers steadily rising, other investors and corporations are starting to take notice.

“People can tell there’s something happening here,” said Roberts. “The excitement and the innovation are contagious.” Several state and local officials have also taken note of the impact VVM is having, and are now actively looking to support the organization. “This program will help new entrepreneurs grow roots in the Pioneer Valley, and we’re hopeful that after starting their business, they will stay in the Valley or return to the Springfield area after graduation,” said Massachusetts State Senator Eric Lesser of VVM’s Collegiate Accelerator, which is being piloted this summer. “Thanks to the efforts of Valley Venture Mentors and others, we have a growing startup economy in Springfield.”

The SLO HotHouse has also caught the eye of rising tech companies who are setting up headquarters, or creating programs in the area. “MIND BODY went public last year, and they’ve brought in about 1,500 jobs to the region. And these are high-impact, head-of-household tech jobs, which didn’t exist a few years ago,” said Nelson. “That’s our anchor tenant for innovation in the area.” Others include AWM, GE Digital, and Amazon, who set up a core business just a block away from the HotHouse in downtown San Luis Obispo. Nelson hopes that having companies like these in the area will not only boost entrepreneurship but drive corporate innovators and intrapreneurs to the city as well.

Talent drop can have a crippling effect on local economies, which rely on new innovations and original ideas to drive growth and keep existing businesses competitive. Unfortunately, most smaller cities don’t have the extensive resources and entrepreneurship ecosystems that are available in places like Silicon Valley, leaving them with limited options to attract and retain talent.

Incubators and accelerators, like VVM and SLO HotHouse, are working to change that narrative. By supporting entrepreneurs, encouraging job creation, and bringing industry to the area, they also attract students, professionals, and businesses who want to settle in areas with greater opportunities. As new businesses put down roots and big corporations relocate to the area, both look to hire seasoned employees, which draws resources and talent back to these regions.

Thanks to Nelson and his team, Cal Poly graduates and SLO locals have more opportunities than ever before. In the past, there just weren’t enough jobs to sustain both groups, causing many to move away. “People landed fantastic jobs elsewhere, typically the Bay Area,” said Nelson. “But with the Center for Innovation and Entrepreneurship and our HotHouse Accelerator, more and more graduates are staying local. They can enter into our program, or they can work for companies like MIND BODY. They have more options.”

Springfield has seen a similar scenario unfold. “We have 14 incredible schools in the area, so attracting college students is a key initiative for us,” said Roberts. VVM has also developed a unique focus on inclusive entrepreneurship, which they believe is a key differentiator of their program. Their 2017 Accelerator Cohort with 36 companies was 67% women-led and 53% people of color.

“We’re creating an environment where all entrepreneurs can succeed.” commented Roberts.

A key element to success, both Roberts and Nelson pointed out, is community involvement. “Their interest in seeing our organization succeed is huge,” said Roberts of the mentors, alumni, government officials and partners who have given back to the program. By involving a diverse group of stakeholders in their programs, Venture Valley Mentors and the SLO HotHouse can affect tangible, holistic change in their regions.

Having access to the broader I&E network is also a critical support system for burgeoning startup hubs. Organizations like VentureWell help augment efforts within individual organizations and universities around the country.

The economic opportunity created by incubators and accelerators uplifts and supports communities, increasing quality of life, and the overall standard of living. With the help of community-based I&E programs, we can create the vibrant entrepreneurship ecosystems that are vital for both economic and community growth.