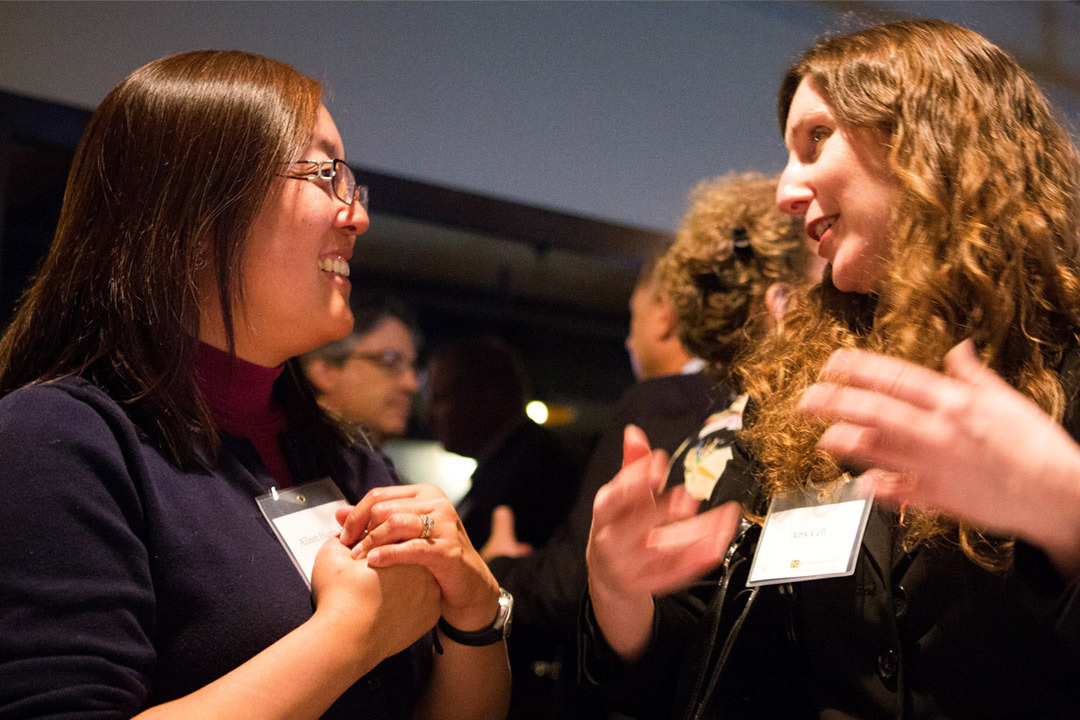 When Aileen Huang-Saad was awarded a VentureWell faculty grant in 2007 to fund a graduate design class she had created at University of Michigan (Ann Arbor, MI), the idea of teaching biomedical engineering (BME) through hands-on, experiential learning was still new enough to be noteworthy. “At the time,” recalls the now Northeastern University professor and entrepreneurship-education researcher, “it was quite novel to allow students to work with clinical faculty to identify problems in a clinical setting, and to develop not only a prototype solution, but a commercialization plan.”

Having come to academia from the medical-device industry—after earning her Ph.D. from the Johns Hopkins School of Medicine and her MBA at the University of Michigan—Huang-Saad wanted her students to have more real-world experience than she did as a new biomedical engineer. “I wanted to give the students something to talk about at an interview,” she explains. “I created the cradle-to-grave medical-device experience, so that they could demonstrate that they could speak about the regulatory process and the FDA, for example.”

Huang-Saad’s $35,000 grant would not only have a lasting and transformative impact on her BME students—and her academic career—but also on the university’s educational practices and entrepreneurial ecosystem, echoing trends found in a recent VentureWell assessment of its Faculty Grant program. Fourteen years later, the course has become an anchor of the BME medical device design graduate program.

a pivot to educational research

The grant also changed the trajectory of Huang-Saad’s academic career. Having observed that experiential learning successfully encouraged entrepreneurship in her students, she wanted to know why. She began researching entrepreneurship education, focusing on how evidence-based practices transform student learning and outcomes, and was soon asked to co-found the College of Engineering’s newly formed Center for Entrepreneurship, and later one of the country’s first National Science Foundation (NSF) I-Corps nodes. She was eventually invited to pursue a tenure track position, and over the years has received numerous teaching honors and awards, including the 1938E College of Engineering Award, the Thomas M. Sawyer, Jr. Teaching Award, the U-M ASEE Outstanding Professor Award, the International Teaching with Sakai Innovation Award, and the College of Engineering Outstanding Student Advisor Award.

Looking back, she says, “I am the number one cheerleader for VentureWell. Without that funding, I probably would not have been able to do any of the things I’ve done.” Of particular note is how her own classroom experience helped shift the teaching of entrepreneurship in the College of Engineering Center for Entrepreneurship (CFE) at University of Michigan.

“A lot of the fundamental educational practices that I used in the course are now used in many courses through our entrepreneurship center,” Huang-Saad says. “This whole concept of hands-on experiential learning within our CFE curriculum was based on my experience from that design class.”

the right course for the times

Huang-Saad notes that the timing of her grant was fortuitous, as university interest in innovation and entrepreneurship was on the rise. The success of startups like Facebook had shown engineers that they didn’t need a business degree to be an innovator. The decline of the auto industry had reconfigured the local economic landscape. The university’s administration—and students—saw entrepreneurship as a promising new path, she says.

“When we started, entrepreneurship was really only in one place on campus, and that was in the business school,” she recalls. “When the Center for Entrepreneurship started in the engineering school, we definitely picked up some traction. It turns out that a lot of students in the liberal arts college were looking for entrepreneurship opportunities as well.”

Launching the NSF I-Corps program gave innovation even more visibility. “We were one of the first major institutions to participate in that program,” she says. “We scaled entrepreneurship and innovation across not only our college of engineering, but across the university.” To help support the university’s new innovators, Huang-Saad worked towards developing resources for student entrepreneurs. She used some of her grant money to buy tools to set up a biomedical engineering student makerspace. She reached out to the school’s Office of General Counsel for guidance around student intellectual property, which “added to the conversation around student IP at the university,” and began working closely with the tech transfer office. She contacted medical device consultants and companies in the area and was able to win financial support from two of the larger firms. She invited medical faculty into her class.

In short, she says, “I leveraged a lot of units around campus that typically weren’t involved in the educational environment at the time.”

the importance of a community

The grant also allowed Huang-Saad to network with like-minded educators, which “was huge,” she says. “It opened me up to the community of VentureWell. I started to go to the OPEN conferences, so that expanded my network.” Winning that first award and connecting with other educators, especially as a non-tenured instructor, validated her work to the college, she notes. “It really added some street cred to the work that I was doing, and it allowed our students to do a lot more than they would have been able to.”

Her efforts were formally recognized six years ago when Huang-Saad was invited to pursue a tenure track position and grow her research in engineering education and entrepreneurship. The often-significant impact of a faculty grant on a recipient’s academic career was affirmed in the findings of the recent VentureWell assessment: 86 percent of awardees reported that the grant had a large or moderate impact on their career satisfaction, while 61 percent said it had a large or moderate impact on their career advancement. Now funded by the NSF, Huang-Saad’s work focuses on “entrepreneurship education microenvironments and their impact on the engagement of diverse populations, the influence of I-Corps on university ecosystems, and transforming BME education through instructional design.”

“To go from an instructional track to tenure track is uncommon,” she points out. “So I would largely attribute any of my academic career success to VentureWell.”

In February, 2021, Huang-Saad joined The Roux Institute at Northeastern University to reconceptualize graduate education as the Director of Life Sciences and Engineering Programs and Associate Professor in Bioengineering. Drawing from her entrepreneurship and biomedical engineering experiences at University of Michigan, she seeks to find new ways to integrate higher education to professional practice, while leveraging evidence based practices.

VentureWell Course & Program Grants are awarded to faculty or staff at US higher education institutions to support curriculum that engages students in science and technology innovation and entrepreneurship.