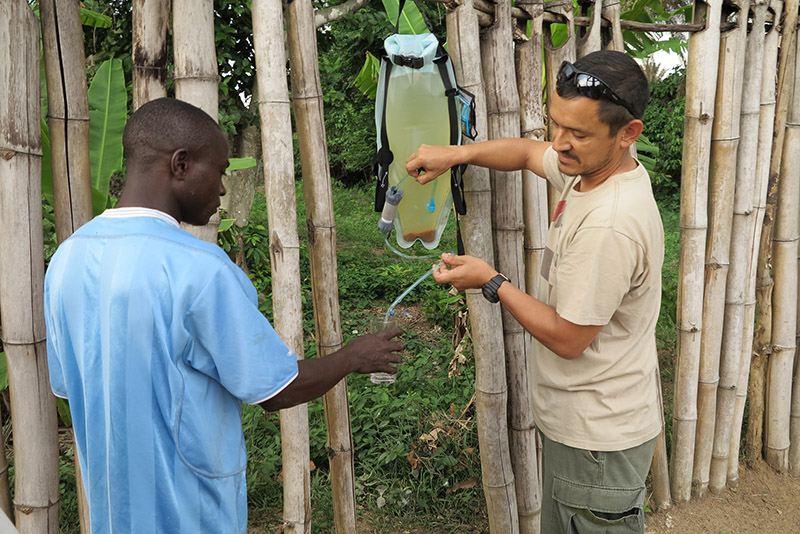 There is no shortage of water challenges to overcome worldwide, from the 663 million people who lack access to adequate water, sanitation and hygiene services all the way to contaminated municipal water in Flint, MI. No resource is more important—and will become ever more so as global population grows and the climate changes.

One might feel overwhelmed in the face of these issues. We don’t. We believe the water challenges of the 21st century represent inventive and entrepreneurial opportunities. For years, we have worked closely with emerging science and technology innovators, funding, training and mentoring them in entrepreneurship, and we see a bright future. Young researchers and entrepreneurs across the US are addressing water issues by inventing new technologies aimed to solve water challenges, and bringing their inventions to the world via new ventures, creating jobs and impact at the same time.

To mark World Water Day 2016, here are four issues these teams are addressing.

In certain areas of the world, arsenic naturally occurs at high concentrations in deeper levels of groundwater. The problem starts when people pump the deeper groundwater up and drink it: arsenic-caused health problems from drinking contaminated water are slow to develop, but eventually become life threatening. A 2007 study found that over 137 million people in more than 70 countries are affected by arsenic poisoning; 1 in 5 deaths in Bangladesh are related to it. The World Health Organization has called it the largest mass poisoning in human history.

A company spun out of Lehigh University is working to address the crisis. Called Drinkwell, the company manufactures resins that remove arsenic from groundwater, build filtration systems that incorporate the resins, then sell the systems to local entrepreneurs who own and operate them, selling clean water to anyone who wants it. Drinkwell has set up hundreds of arsenic-removal units in India and Bangladesh, helping deliver safe drinking water to 200,000 people.

VentureWell was the first money in at Drinkwell, with grants in 2008 and 2011 to develop and test the technology and the business model. In 2016, Drinkwell won our Sustainable Practice Impact Award.

Another team, HMSolution, is addressing the arsenic problem in community water systems, beverage and agricultural companies and households relying on wells. The company’s system generates arsenic-filtering media that last for over five years of constant operation without the need for replacement.

Providing people with clean drinking water is the one of the primary challenges following a natural disaster. The most common solution is having aid agencies and governments fly in large five-gallon water jugs and distribute them—a costly and slow undertaking. Other solutions (hand-pumped filters, chlorine tablets) are either too expensive to be widely used or only partially effective at treating contaminated water.

In 2009 we gave a $20,000 grant (and further investment later) to Tricia Compas-Markman and her DayOne Response team to develop a personal water treatment backpack. The backpack enables people in disaster situations to purify water easily in a complete, all-in-one device and then transport it with them wherever they need to go.

Want to make a difference? Sponsor a DayOne Waterbag to support 200 Team Rubicon volunteers on their next disaster relief mission.

Of the 60 million people added to the world’s towns and cities every year, most move to informal settlements with no sanitation facilities. More than 3.4 million people die each year from water, sanitation, and hygiene-related causes. Nearly all of these deaths—99 percent—occur in the developing world.

In 2014 we gave a team of students from ArtCenter College of Design $25,000 to develop Calientamigos, a three-part system that gives poor families access to hot water for bathing, cooking and cleaning. The system is comprised of three modular components: a portable electric water heater that safely heats 5 gallons of water to 110 degrees in 15 minutes, a simple foot pump and a multipurpose faucet head. It works with any household container, and it’s more affordable and accessible than gravity-fed water systems.

Contamination of municipal water supplies has quickly come to the forefront as an issue in the US. One issue with municipal water is phenol and its derivatives, which are produced in a wide variety of industrial processes and make up the majority of EPA-regulated compounds under the Clean Water Act because of their carcinogenic properties. ZYMtronix, a Cornell team supported with a $25,000 grant in 2015, is providing a cost-effective way to treat water for phenol. The company uses a new method to trap phenol enzymes in metal oxide nanoparticle cages and places them on scaffolds, a solution that increases efficiency by 10-fold, creating a longer-lasting and more cost-effective means of removing phenol.

Another recently supported team working in the same space is Fluid-Screen out of Yale University. They’ve developed a new bacterial detection system for quality assurance testing of municipal water supplies. Instead of sending a sample out to a lab and waiting for the results, Fluid-Screen’s hand-held device generates accurate results in 30 minutes.

These are just some of the reasons why we’re optimistic about the future of our global water. We’re looking forward to supporting these and future science and technology innovators, helping them use the power of invention and entrepreneurship to solve global issues.

We’ve supported a number of other water-related projects in the past as well. Here’s a short list:

For more on global water challenges, read what else we’ve covered for World Water Day:

Rethinking water in the age of climate change